On October 23, 2018, the president signed into law the America’s Water Infrastructure Act, a legislative package that features the Water Resources Development Act (WRDA) of 2018. The enactment of WRDA 2018 marked the third such bill signed into law since I became chairman of the House Committee on Transportation and Infrastructure in 2013. I am particularly proud of the fact that one of my earliest priorities as chairman—returning Congress to the regular consideration of a WRDA every 2 years—came to fruition over the last 6 years.

These laws authorize the U.S. Army Corps of Engineers to study and undertake infrastructure enhancements that strengthen our economy, connect and protect our communities, and bolster our competitiveness abroad. 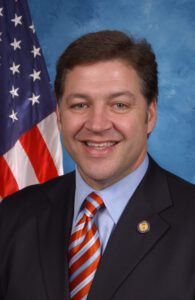 Prior to 2014, Congress failed to pass a WRDA for 7 years, allowing plans for water infrastructure upkeep and modernization to sit on the shelf while their costs increased with each passing year of inaction.

Thanks to a return to regular order, WRDA now works for America. Here are just a few examples of why WRDA works.

Since 2014, Congress has authorized harbor deepenings and improvements at the Ports of Savannah, Jacksonville, Charleston, and Galveston, as well as inland waterway improvements on the Ohio and Arkansas Rivers. The Port of Savannah deepening is now 50 percent complete and will allow the port to attract the world’s largest container ships. The Jacksonville project began in February 2018 and will allow the port to triple the amount of its container business every year. Army Corps reforms are allowing Charleston and other projects to move ahead more rapidly and at lower cost.

These are not local projects. Whether you live in Manhattan, New York, or Manhattan, Kansas, many of the goods you use every day find their way to you after traveling through a U.S. port or along a portion of our 12,000 miles of navigable waterways. Furthermore, domestically grown or produced goods from every state, including grain, coal, iron, steel, petroleum, and more, move by water, much of it in foreign trade. Shipping cargo by waterway is efficient and also significantly reduces the strain on our congested highways.

The importance of our water infrastructure was recently underscored in other ways as well. Congress utilized the 2016 WRDA law to authorize funds to address the deteriorating drinking water infrastructure in Flint, Michigan. Furthermore, in light of the widespread devastation caused by natural disasters in 2017, it is worth noting that the Army Corps operates and maintains approximately 700 dams in the United States, and that over 14,000 miles of levees are in the Corps’s Levee Safety Program. Millions of Americans and over a trillion dollars’ worth of property and goods are protected by these levees.

Another example of why WRDA works is that the 2014, 2016, and 2018 laws authorized both water resources and flood risk management improvements around the country, from California to Texas to Florida, and in many states and regions in between. These cost-effective improvements will help improve the management of our nation’s water resources and protect people, industries, and infrastructure from harmful flooding. In general, every dollar invested in flood protection provides eight dollars in economic benefit.

The Army Corps’s missions are vital, but the agency can be notoriously slow. In each of our WRDA laws, we included provisions targeted at steadily improving the Corps’s efficiency and further expediting the project delivery process.

There are many other examples of why WRDA works, and I look forward to the House Transportation and Infrastructure Committee and Congress continuing to send these bipartisan infrastructure bills to the president every 2 years.

Congressman Bill Shuster (R-PA) is the Chairman of the House Committee on Transportation and Infrastructure.