Just northeast of Dallas, Texas, the North Texas Municipal Water District (NTMWD) is facing such growing pains. In the early 2000s, the NTMWD established a plan to accommodate an ever-increasing population. A new reservoir would be built beginning in the year 2020 to capture and store water from the Bois d’Arc Creek. But a long permitting process, requests for additional studies, and agency staff turnover caused years of delay while the population continued to grow. In February 2018, the U.S. Army Corps of Engineers approved the construction of the reservoir. Now, NTMWD is working to get this new water supply project in service as quickly as possible.

Kris Polly, editor-in-chief of Municipal Water Leader, spoke with Tom Kula, executive director of NTMWD, about the reservoir project and his organization’s efforts to supply water to the growing population. Speaking from his experience on this project and as former commander and division engineer for the Army Corps Southwestern Division, Kula highlights areas for improvement within the federal approval process and the importance of streamlining permitting for large water supply projects needed to serve booming population areas. 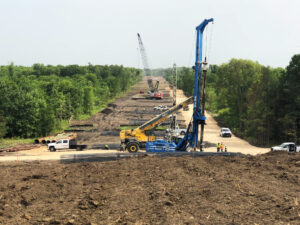 Kris Polly: Please tell us about the need for and purpose of your new reservoir?

Tom Kula: The NTMWD has been providing water since 1956 to what have been fast-growing suburbs north and east of Dallas. The population back in 1956 was about 30,000. Fast-forward to the 1990s, and the population had grown to 800,000. Within the last 20-plus years, the population has doubled, and today we serve 1.7 million people in 80 communities. Because of that growth, the district has moved from reliance on one reservoir in the 1950s to today having water rights and the ability to draw water from a total of four reservoirs and one of the largest manmade wetlands in the United States for the recycling of water. Because our population is due to double within the next 30 to 40 years, we need a new water supply source. That will be Bois d’Arc Lake. It will meet the water supply needs for the next 20 years for what continues to be one of the fastest-growing areas of the country, with two of the top five fastest-growing cities in the country, Frisco and McKinney. Now that we are building this project, we need to begin the planning process for the next project that will supply water from 2040 on.

Kris Polly: How long has this process taken from when you started planning until the present day?

Tom Kula: The district talked about constructing a new reservoir in Fannin County over 20 years ago. The source of water would be Bois d’Arc Creek. Staff began planning in earnest in 2003 and submitted our application for the Clean Water Act section 404 permit in 2008. We received our state permit in 2015 from the Texas Commission on Environmental Quality. It was issued as an uncontested state water rights permit. It was uncontested because the team built relationships and coordinated with agencies and interested stakeholders early on. Over 2 years later, we received the federal permit in February 2018. It took 10 years to obtain our permit. Ten years is too long.

Right now, we are 2 years behind schedule in terms of when we needed to have the reservoir complete and begin using it as a water source. We needed it in 2020, and now will not have it online and operating until 2022. Uncertainties with the federal permitting process required for the project caused this delay. 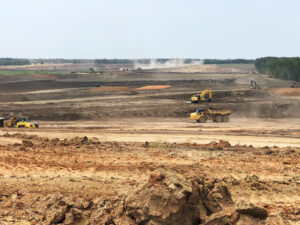 Kris Polly: What kinds of pressures will this delay put on your ability to provide service to your customers?

Tom Kula: We cannot slow down the growth of the region. Really, this whole permitting process has been a race against this area’s population growth. You do not ever want to be the one who says, “Slow down the growth—the permit has taken longer than expected.” We will have enough water with average rainfall, but it will be a challenge if we run into a period of drought before Bois d’Arc Lake is in service. Several consecutive years of drought could require us to implement outdoor watering restrictions in the summer months. So, not only are we planning for population growth, but we are planning for population growth during a drought. Our region has experienced significant drought conditions over the last decade.

Kris Polly: What has the 2-year delay done to your project costs? Has there been an increase in costs due to that delay?

Tom Kula: Yes, there has been. When I arrived at the district in 2014, the estimated cost for the project was about $1 billion. Then, as we refreshed our numbers over the next couple of years, by 2016 the cost rose to $1.2 billion. The delay itself and the cost of construction over the 2-year period increased, and the scope of some of the project components changed as well. Combined with the additional mitigation property needed, we saw the project cost rise from $1.2 billion to $1.6 billion. 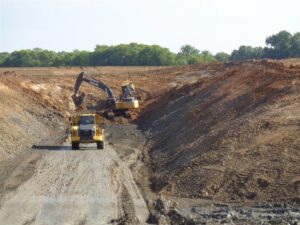 Kris Polly: What has been the biggest challenge you have faced?

Tom Kula: The biggest challenge was the length of time it took to get the federal permit. It was a slow-moving process and we experienced many delays along the way, all while constantly racing against population growth. You need to start early, expect it to take up to a decade, and expect delays during that period.

My last assignment in the army was with the Army Corps as the Southwestern Division commander, and during my time there, we talked to congressional leaders and committees about streamlining the permitting process. Many leaders over the years have pursued this as well. We weren’t successful, but it can be done. A 404 permit application could take only 2–3 years from start to finish if the process is changed. If it takes any longer than that, projects are held up due to the changeover of people, policies, concepts, and procedures.

Water is life—especially here in Texas. Before the creation of man-made reservoirs, there was only one natural lake in the entire state. Looking back 100 years, our early settlers knew that we needed water to grow, so they constructed three reservoirs. Fast-forward to today, and there are now 188 large, man-made reservoirs across Texas. These provide over 50 percent of the state’s water supply. Texas is highly dependent on reservoirs, and we are going to need more. Ours is the first major reservoir to be permitted in our state in nearly 30 years. There will be more to follow.

Since water is the high priority for fast-growing areas, we have to establish processes and procedures to get a multistate and federal permit done within a 2- to 3-year time period. 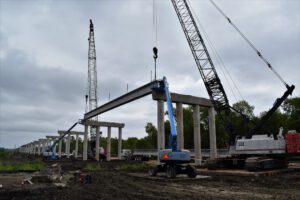 Kris Polly: What improvements can be made in the permitting process?

Tom Kula: Lessen the time period for a permit to be challenged. It is something that we are working on with our legislators in Washington, DC, right now. Currently, once someone receives a permit, the Clean Water Act allows for a 5-year period during which that permit can be challenged and construction potentially stopped, while the National Environmental Policy Act allows for a 6-year statute of limitations. That is unbelievable when providers like us need water supplies to meet growth that is happening as we speak. The fact that our project could potentially be stopped years after the permit is issued is very concerning. The statute of limitations needs to be shortened significantly, from up to 6 years to something around 180 days.

Shortening the entire permitting process time frame to 2–3 years is key. The Army Corps has a three-by-three program that will allow them to finish Corps projects within 3 years. They need to apply those same short timelines to the 404 permit process.

Kris Polly: What advice do you have for other water agencies?

Tom Kula: The applicant needs to be proactive and to be a team player early on. Initiating, building relationships, and coordinating with the state and federal agencies early on is key. A little-known fact is that a third party helps write and develop the environmental impact statement. Applicants need to work with the Army Corps and get those right resources on board early. If you assemble a dream team early on, it allows the process to move much more quickly and smoothly. There have been a number of NTMWD staff and consultants over the years who have been integral to the success of the permitting for the lake.

Our deputy director of operations, Mike Rickman, has been involved in advancing the project for over a decade with support from key consultants, including Freese and Nichols; Lloyd Gosselink; Beveridge & Diamond; and Solv, LLC. Agencies and entities involved in the process included the Army Corps, the Environmental Protection Agency, the Texas Commission on Environmental Quality, Texas Parks and Wildlife, the Texas Water Development Board, Fannin County, and the City of Bonham, among others. The North Texas congressional delegation and state representatives also recognize the importance of this project for our region and have been solid supporters every step of the way.

Applicants should consider funding an Army Corps employee to specifically work their application: Applicants can fund a position or half a position to process their application in an expedited manner. That takes money, but if you can shorten the time frame of something that normally takes more than 5 years to something that takes less than 5 years, the money is well spent.

There are enough stumbling blocks along the way, but establishing relationships and building the team early is the best route forward. Water supply projects are essential. It is possible to pursue this smart and essential development and take care of the environment at the same time.

Something managers might not think about is the naming of the reservoir. It proved to be very important for our project. Our reservoir is called Bois d’Arc Lake. For those who do not know, Bois d’Arc is a type of wood Native Americans used to construct bows. The name has the public’s support because it preserves a significant piece of the area’s history. It’s important to gain that public support.

Kris Polly: What is your message to Congress?

Tom Kula: I think everyone agrees that we cannot live without water, and that water supply projects, due to growth and economic prosperity, are very necessary. We have been talking about it for years, so let’s do something about streamlining the process down to 2–3 years—it can be done, so let’s do it. Considering the potential financial savings of streamlining the process, it is well worth it for the people we serve. Wetlands, reservoirs, and other critical water supply projects are essential for sustaining our communities into future generations.