In the December issue of Municipal Water Leader, Elizabeth Soal wrote about the major changes happening in New Zealand’s three waters sector, which covers drinking water, wastewater, and storm water. In this issue, we interview Bill Bayfield, the CEO of the New Zealand’s new water services regulator, Taumata Arowai, about the reforms and about the role of his organization.

Bill Bayfield: I started working in water in 1980. The organizations I worked in were the predecessors of what are now regional councils; they regulated water use and water quality in those regions. The regions were all defined by catchments, so we managed water from ki uta ki tai—from the mountains to the sea. We copied the idea of catchment-based management from the United States.

Municipal Water Leader: Why was the new national regulator established?

Bill Bayfield: In 2016, there was an incident in the town of Havelock North in which drinking water gave around 5,000 people cryptosporidiosis—it killed four and probably severely compromised the health of dozens more. That was a major wake-up call for New Zealand, and consequently there was a formal enquiry and a review that lasted a couple of years and made around 40 recommendations to the New Zealand government, almost all of which are now being implemented. The review found that no part of the system worked well, including the national Ministry of Health, the public health units in each region and district, and the district councils that deliver the majority of New Zealand’s drinking water through municipal systems.

In response, there was a major overhaul of the system. The government took the job of regulator away from the Ministry of Health and gave it to a new independent regulator—that’s us, Taumata Arowai. We went live on November 15, 2021. I was employed as the establishment CEO, but COVID‑19 and other matters delayed the actual start-up, so I’ve been asked to stay on beyond establishment and be the CEO for the next year or two, depending on how well it goes.

Municipal Water Leader: Taumata Arowai is primarily a drinking water regulator. What will its role be in relation to the other three waters services, wastewater and storm water?

Municipal Water Leader: Did New Zealand get the idea of a three-waters-based reform from overseas?

Bill Bayfield: Yes. I know we considered various delivery systems in the United States and Europe, and of course, we always look at Australia. Our law often fits with that of countries such as Australia, Canada, and the UK. In particular, we found our position quite similar to that of Scotland in terms of population size and the rural character of the land, so we were able to draw from that.

Municipal Water Leader: What role did the Water Industry Commission for Scotland (WICS) play in making three-waters-reform recommendations to the New Zealand government?

Bill Bayfield: WICS was brought in because the initial work, particularly on wastewater, showed that there was significant underinvestment in infrastructure in New Zealand. Because local authorities—namely, our district councils—were responsible for it, they faced a mammoth uphill task. After the government designed the new regime for managing drinking water, people noticed that the investment required was quite significant. After the New Zealand government thought of establishing a drinking water regulator, it was proposed that there could be an economic regulator. WICS is the economic regulator in Scotland, so it was invited to take a look at New Zealand and recommend what it would do. It concluded that there was considerable scope for efficiency across the three waters services in New Zealand but that the scope for efficiency was only likely to be realized if there was a significant consolidation of service delivery.

Municipal Water Leader: The further three waters reforms will remove the management and control of infrastructure assets from local councils and move these into four large governance entities. What is the proposed relationship between Taumata Arowai and those governance entities?

Bill Bayfield: When I was first asked to look at the tasks in this job, I pointed out that if you were going to increase the performance standards for drinking water suppliers, then you had to look at their delivery capabilities. Looking at the track record of our 67 district councils, we saw some good examples, but also an awful lot of potential Havelock Norths. Increasing their performance was going to require significant investment. With my background in regional and district councils, I knew how many were, if you like, maxed out on their credit cards. Asking them to suddenly find major sums of money to fix drinking water and wastewater systems would really challenge their ability to deliver.

The idea that you could create different models of managing drinking water and wastewater on behalf of those communities was appealing. The idea was to create four entities that were purpose designed, with an ability to borrow and to achieve procurement and investment advantages. It was going to be a heck of a lot easier for Taumata Arowai to lift the performance of drinking water suppliers in New Zealand if there were just four major entities tasked with that. I have been a supporter of the formation of the four entities basically from day 1.

Municipal Water Leader: What are the major tasks for you over the next 24 months as you implement the new drinking water requirements and regulations?

Bill Bayfield: Our new legislation is pretty exciting and, actually, pretty challenging. Taumata Arowai is an independent Crown entity. We’re not a core government department; we have a board of directors. That means that as regulators, our exposure to influence from politics is minimized.

Interestingly, there is no English translation included in the official name of Taumata Arowai, which is in the Māori language. Taumata refers to a summit or gathering of people coming together around an important area of focus. The word also conveys a high point in the landscape—a peak or stepping stone to a higher place. Arowai speaks to the attention paid to being in the presence of wai. Wai doesn’t translate simply as water. Wai is a force of life and water as a part of all of us. It conveys our focus on wai as a taonga, or treasure.

The board is closely split between Māori and Pākehā, or non-Māori, members, and we have a statutory Māori advisory group to advise us on something that has become very important in New Zealand, which is te ao Māori, the Māori worldview of water.

The first of the three big changes introduced by our legislation is that it shifts us away from the Ministry of Health–style approval process and toward a duty-of-care approach. Now, if you take on the role of supplying drinking water in New Zealand, you’re effectively taking on a duty of care for the people who consume your water. That’s a significant shift and places a lot of the burden of risk management on the suppliers. That’s a real culture shift and a real challenge, and some suppliers are finding that really difficult, but we’re here to help.

The second big change is that we also have to give effect to Te Mana o te Wai, which is the recognition of the status of the water and has six principles based around the top priority of the health of water. We are the first unit of government in New Zealand to have the principles of Te Mana o Te Wai written into legislation.

The third big shift is what the legislation covers. In drinking water, our previous regime under the Ministry of Health really only monitored supplies for communities with populations greater than 500 people and occasionally greater than 100 people. The new legislation charges Taumata Arowai with slowly but surely requiring safe drinking water from everybody who supplies somebody else with drinking water. That takes us from managing or regulating something like 2,500 suppliers to regulating closer to 80,000 suppliers.

Municipal Water Leader: When will Taumata Arowai be shifting from regulating just large suppliers to regulating everyone?

Bill Bayfield: Within 4 years. The water suppliers that were previously registered with the Ministry of Health are now registered with us. One of the big things we have been working on is creating an information technology system that can create a single database for registration and performance information. That’s been quite a challenge. We’re bringing the laboratories and water carriers into that system, but primarily, we’re bringing in the 67 local government units that are still on the job. We will do that over the next year and then turn our attention to the roughly 75,000 unregistered suppliers.

Some of them will be hard to find. Many of the rural systems were put in after the First or Second World Wars. Some originally supplied just a few baches, or holiday cabins, on the sides of the lake or at a river mouth, but now supply significant communities. Our legislation authorizes us to provide what are called approved solutions. We can reduce the bureaucracy substantially by approving small systems that are fit for purpose, for instance, filters and ultraviolet disinfection for individual properties. It will be slow—we will spend 4 years registering those that are unregistered, and they will have a further 3 years to comply. 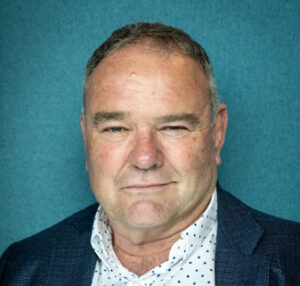