There’s trouble in the water as contaminants like per- and polyfluoroalkyl substances (PFAS) show up in public water systems across the United States. As municipalities confront the extent of the problem, they are turning to companies that design treatment systems that remove these substances from drinking water. In this interview, Municipal Water Leader speaks with Rob Craw, CEO of one of the largest of those companies, AqueoUS Vets (AV).

Municipal Water Leader: Please tell us about your background and why you started AV.

Rob Craw: After I left the military and finishing my schooling, I was hired by another vet to work at Westates Carbon. I started on the shop floor and then moved into managing operations, then application engineering, and then sales and marketing. In 1997, USFilter acquired Westates, and I gained new responsibilities, including managing the western United States until my departure at the end of 2005. Later, I worked for other water and wastewater companies, including Purolite and Underground Solutions.

I started AV in 2015 without much of a vision for what it was going to be. However, through a series of meetings with the California Water Service Company, I helped the company develop specifications for its new 1,2,3‑Trichloropropane (TCP) emerging contaminant initiative in Bakersfield. It was after that that I decided to open a manufacturing plant in Redding, California, in 2016. Shortly after that, we won our first job with the City of Pomona. Since then, we’ve continued to build the business.

About 6 months after we opened the shop, we learned about PFAS. I thought I was going to build a nice local business in California, treating groundwater, but as the PFAS market grew, it accelerated our growth. From 2016 to 2021, we went from being a small startup to being the largest PFAS solutions provider in the western United States. The market lacked leadership that could provide a complete concept-to-commission approach focused on the end user while guaranteeing the lowest cost of ownership. Our approach is to be a team member that provides treatment systems and, when appropriate, prefiltration, ancillary piping systems, and chemical feed. We broaden the offer, which provides us a greater opportunity to bring value to the project owner. Our goal is to provide the owner what they need to attain treatment goals at the lowest cost of ownership.

Municipal Water Leader: What are some of the PFAS projects you have carried out?

Municipal Water Leader: Tell us about the system you installed for the Yorba Linda Water District.

Rob Craw: Several of the Orange County Water District’s 19 water purveyors were affected by PFAS. In 2019, the district solicited AV, Evoqua, and Calgon to provide 75 twelve‑foot-diameter systems to remove PFAS contaminants. At the time, the district didn’t know whether the systems were going to be carbon or ion exchange, but it wanted to preprocure them to solidify pricing and have them available as the sites were ready to receive them. The district was thoughtful in its process; it selected two providers out of the three to minimize potential supply chain risks and ended up splitting the order between the two providers. We ended up with Yorba Linda and, to date, have been contracted to build 33 systems. The largest project was for Yorba Linda, involving 11 ion-exchange systems that will treat 25 million gallons a day (MGD) with a peak capacity of 31 MGD. The system is now operating and treating PFAS-affected groundwater.

Municipal Water Leader: What other contaminants does AV treat?

Rob Craw: We help treat a handful of emerging contaminants, including PFAS; 1,2,3-TCP, which is centric to California; and 1,4-Dioxane, for which we carry out residual hydrogen peroxide quenching. 1,4-Dioxane is present in pockets throughout the country. The treatment process for 1,4-Dioxane is typically an ultraviolet advanced oxidation process (UVAOP). AV is in the process of delivering the largest treatment plant for peroxide quenching in the country to the Los Angeles Department Water and Power, with a capacity of 80 MGD. The contaminated groundwater is treated with UVAOP, and our granular activated carbon systems remove the residual hydrogen peroxide before the water is sent into the distribution system.

Municipal Water Leader: What is the geographic area that you operate in?

Rob Craw: Until 2020, it had primarily been California. Since then, we have grown into Arizona; Florida; Oklahoma; Pennsylvania; South Carolina; Wisconsin; and most recently, New Jersey, where we are doing two urgent projects.

Municipal Water Leader: Are there any limitations to going national?

Rob Craw: No: PFAS is ubiquitous in the environment, and it’s in a lot of our water systems. There are regulatory-driven states such as California, Massachusetts, Michigan, New Jersey, and Pennsylvania, and others that are just starting their compliance efforts. The U.S. Environmental Protection Agency is still working through the regulatory process that will establish a maximum contaminant level, and that takes time. Within the dozen or so states where this work is already being done, there are hundreds of sites that require treatment.

Municipal Water Leader: Would you tell us about how your systems have developed over the years?

Rob Craw: AV is constantly improving our systems. In fact, this innovation process led to our patented LowPro design, which can affect the overall capital cost of a project. These systems, combined with our Concept to Commission program, are a game changer. It all begins when the client says, “We have a well that produces 2,000 gallons per minute, our PFAS concentration is X, our site constraints are Y, and we need these features customized. What can you recommend?” We provide standard or highly customized treatment designs, which can incorporate prefiltration and filtration, piping systems, and chemical feed systems. AV provides custom solutions for our clients at a standardized system price point.

Municipal Water Leader: Would you tell us about carbon versus ion exchange? Are they ever combined?

Rob Craw: They can be used in treatment together. First, we evaluate the specific application, the flows, the water quality, and the size of the site. The total cost of ownership will include a detailed capital expenditure and operational expenditure evaluation for each option. The operational expenditure consists primarily of the difference in head loss across the system and associated energy costs and turnkey media exchange services over a 25- to 50‑year life cycle.

Municipal Water Leader: Are climate change and water availability issues affecting your customers or changing how you market to them?

Rob Craw: PFAS is a leading contaminant on a national scale and should be concerning. It affects water that is used in potable applications, and therefore must be treated before use. That can create a scarcity issue until funding is available. Our customers must be able to access capital, and as regulatory drivers continue to bear down on them, they have to access capital even more quickly. That will always be a challenge, especially as contaminants affect valuable water resources and new regulations emerge faster than they can finance.

Municipal Water Leader: What is your vision for the company’s future?

Rob Craw: Our goal is to build AV into a nationally recognized brand that services markets coast to coast.

Rob Craw is the president and CEO of AqueoUS Vets. He can be contacted at rcraw@aqueousvets.com. 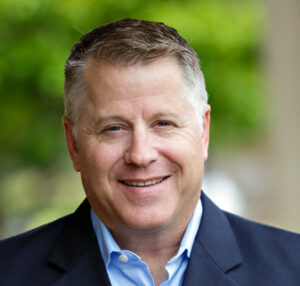