Desalination plants typically deal with two major problems: the desalination process requires a large amount of energy, and it results in a large amount of brine, which is difficult to get rid of and can be harmful to the natural environment. Oceanus Power and Water has discovered an innovative solution to both of these problems: combining a pump-storage facility, which stores power in the form of elevated water that can be used to drive turbines, with a desalination facility. Gravity power alone can dramatically reduce the energy demands of the desalination process. Moreover, the resulting brine can be reinjected into the stored seawater as it is released back into the ocean, diluting it on site.

In this interview, Neal Aronson, the founder and chief executive officer of Oceanus, speaks with Municipal Water Leader Managing Editor Joshua Dill about his company’s energy-saving, environmentally friendly concept, and the design of its planned facilities. 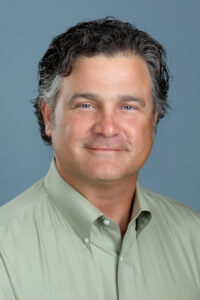 Neal Aronson: My background is in real estate, particularly in the development of large master-planned communities and projects in the western United States. I did that for about 25 years on and off. We did everything from new town development to greenfield development to resorts. We dabbled in offices, entertainment, and residential developments. I ended up as the chief financial officer of the company I worked for.

In 2012, I moved into solar energy and worked on a solar development in Northern California. Solar is basically just another asset class of land development. It was interesting work. I had a project located on federal land adjacent to a large water storage facility—a pumped-storage facility that was operated for water supply rather than for energy generation. The juxtaposition of the two and the obvious and growing need for solar energy and storage in California made me think.

I’m from Silicon Valley, with Tesla in the backyard, so to speak, so I was exposed to batteries early in my energy education. I quickly concluded that while batteries are great for cars, for short-term corporate or industrial needs, and even sometimes for residential consumers, they are not appropriate for grid-scale storage. In addition, they are expensive and will probably remain so for years to come, they have a limited life cycle, and they’re environmentally hazardous.

The idea of developing a pumped-storage facility in California was intriguing to me. The general concept of a pumped-storage system is like that of any battery: the storage of electricity for later use. Rather than use a reversible chemical reaction to store the electricity, as is typical of a solid-state battery, a pumped-storage system uses off-peak and surplus electricity to pump seawater to a higher elevation where it is stored until required. When there is demand for electricity, seawater is released from this elevated storage reservoir to flow downhill through the penstocks to the powerhouse, where it drives a turbine coupled to an electrical generator to produce electricity.

My background in large projects made me eager to develop a facility like this in California. I ran across a seawater pumped-storage project that had been developed on the Japanese island of Okinawa around the turn of this century. It proved that you could put a pumped-storage facility on the ocean, with the ocean being your lower reservoir, and successfully manage the corrosion and biofouling caused by seawater. That was an inspiration. There is a lot of coastline around the world in semiarid regions, including in California, that could provide a good location for this sort of facility.

We started looking at coastal locations in California. During that journey, we stumbled on the idea of integrating seawater desalination into the facility. If you’re going to pull water out of the ocean, we thought, why not use it as many times as you can? That was our epiphany moment. We shared the idea with some consulting engineering folks we knew, and they quickly confirmed that this could work. Colocating a seawater pumped-storage facility and a seawater desalination facility could significantly reduce capital costs. As we dug into it further, the operational benefits of integration became clearer as well. We thought we had something, so in mid-2014, I started to focus 100 percent of my attention on what then became Oceanus Power and Water.

Joshua Dill: Please tell us how your concept works and what sets it apart from other desalination facilities.

Neal Aronson: We take seawater out of the ocean using large, efficient pump turbines, move it around 300 meters up a hill, and store it there. That is the basic concept of pumped storage. Typically, you use low-cost energy to do that. As a storage facility, it is connected to the grid, which allows it to use curtailed solar or wind energy or energy at off-peak times. The growth of solar and wind energy throughout the country and the world has put on its head the idea that power is cheap at night and expensive during the day. In California, some of the cheapest power is available at midday when solar energy facilities are powered up. In fact, that energy is being dumped—there is too much of it. A pumped-storage facility would do very well at that time of day.

Once the water is at the top of the reservoir, we can use it in two ways. We can return it down the penstocks and generate power. That’s a pretty standard approach to pumped storage. However, we will also deliver some of the water into our reverse-osmosis desalination facility. Based on our engineering work, we believe that the head of the water at 300 meters will have enough hydrostatic energy—enough gravity, if you will—to push through the reverse-osmosis membranes without requiring any additional energy. Because we are not converting that pumped-storage energy into electrical energy, and because we are using highly efficient pumps to energize that water in the first place, we can dramatically reduce the amount of energy needed for desalination. Typical desalination plants use 3–5 kilowatt-hours per cubic meter of water treated. Our facility can reduce that to approximately 2 kilowatt-hours per cubic meter. As far as we know, no one has built any facilities like this yet, but we have a couple in development.

On top of that, because we’re a pumped-storage facility buying cheap energy, we can use that same cheap energy for desalination. Most desalination plants are grid tied, using a tariffed energy rate. Because our facility could be considered a wholesaler, we can decouple our energy costs from grid-tariffed rates. We will then use the lower-cost energy from our pumped-storage facility, which reduces the energy cost for the desalination facility. So we use less energy and lower-cost energy. That will allow us to deliver what we believe is the lowest-cost desalinated water on the market. Also, the environmental footprint of our facility will be dramatically smaller than that of traditional desalination facilities. Desalination facilities typically use a lot of energy, and it’s typically expensive energy and carbon-based energy. We are focused on using emissions-free renewables wherever possible.

We have also focused on avoiding any hard rock drilling, which is typically a very costly part of constructing a pumped-storage facility. We are using surface-mounted penstocks, which cost less and imply a lower risk of geology issues. We’re reducing the capital expenditure associated with pumped storage, which also allows us to deliver what we believe are the lowest-cost energy storage services on the market today—way lower than batteries.

Joshua Dill: What kind of recovery rate can your desalination facility deliver in terms of the water-to-brine-discharge ratio?

Neal Aronson: Once we release the water down the penstock and push it through the desalination facility, we’re just like any other desalination facility, and we have comparable recovery rates. Those rates are tied to the salinity of the source water. The Pacific Ocean has fairly standard salinities. The Red Sea or the Sea of Cortés have higher salinities. The recovery rates are usually around 50 percent.

Joshua Dill: How is the brine discharge disposed of?

Neal Aronson: The brine created by desalination plants is typically difficult to dispose of and creates a toxic marine environment around the facility. There was a recent academic study that talked about the quantity and effect of brine from desalination plants globally. It is pretty dramatic.

We have a solution for eliminating that effect on the marine environment. We reinject our brine discharge into our pumped-storage outflow, thereby diluting it back almost to ambient salinity before it hits the marine environment. We do that by storing the brine and injecting it into the outflow of the pumped-storage facility when it is in generation mode. It dilutes almost in situ and reduces the effect of that heavy brine to effectively zero. We believe that by using this method, we can comply with the California Ocean Plan, which we believe is the most stringent ocean discharge regulation in the world.

Joshua Dill: Who are the customers you foresee working with?

Neal Aronson: We have a project in Mexico in the state of Sonora on the Sea of Cortés. On the energy side, we plan to work with the Mexican national electrical company, CFE. The water side could also be Mexican water companies like CONAGUA or CEA. We’re also looking seriously at delivering water from Mexico up to the lower basin states of the Colorado River on the U.S. side of the border, which would require a long conveyance line to deliver into the rivers’ interconnection. We’re also looking at a project in the country of Chile in which we would be delivering water to a municipal water agency and energy to one of the large energy companies in Chile.

Joshua Dill: How do you see foresee financing the construction of these facilities?

Neal Aronson: We believe our system can scale down to a very small size and still provide the same economic and environmental benefits. From the financing perspective, the solutions that we’re offering are for large government or municipal water agencies or credit-backed water agencies. We’re looking at take or pay contracts both in water and in energy. Having two revenue streams allows us to create a strong financing structure for these projects. But it can also be a source of additional risk, depending on who the offtakers are. We look at each market carefully to determine the particular size of the water or energy component and who the offtakers are in order to determine the financial structure.

Joshua Dill: Please tell us about your vision for your company.

Neal Aronson: In today’s world of climate change and changing weather patterns, and with the growth of renewable energy around the world, Oceanus can help in the transition to a clean-energy economy and more climate-resilient and secure infrastructure. As we’ve seen with storms, hurricanes, and earthquakes around the world, economies can be quickly disrupted. In cases like the situation in Puerto Rico, catastrophe can result from not getting energy and water systems back online quickly. Our resilient, secure facilities can strengthen regional grids.

We’re excited about the opportunity to develop facilities in semiarid coastal regions around the world that are dealing with renewable growth and water supply constraints. Our goal is to be a global project development company, developing these facilities with the right financial partner owning and operating them for years to come. The life cycle of these plants is well over 50 years, so they are a great investment for infrastructure investors.

Neal Aronson is the president and chief executive officer of Oceanus Power and Water. For more information about Oceanus, visit oceanus.pw.