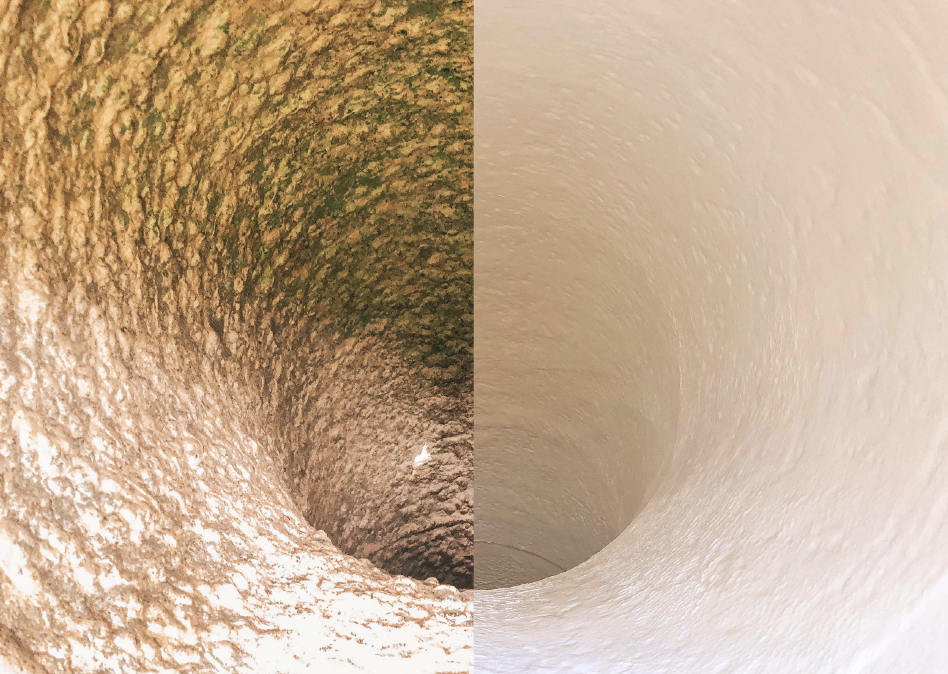 When International Paper needed to rehabilitate corroding steel pipes that carry water to cool operations at its Mansfield Mill, it called in A&W Coatings. Project Engineer Nicholas Lehnhoff spoke with Municipal Water Leader about the project’s unique challenges and the benefits that the Warren Environmental epoxy that A&W uses could bring to the facility.

Nick Lehnhoff: I have been with A&W for a little over 2 years. I started as an intern. After obtaining my degree from Minnesota State University, Mankato, I transitioned into a full-time role and have been with the company ever since. Now, I am a project engineer. I get involved with a project from the second it comes in the door. I create the estimate, work with the client to develop a work plan, and then schedule the work.

Municipal Water Leader: Would you tell us about the pipeline rehabilitation project you completed for International Paper Company’s Mansfield Mill?

Nick Lehnhoff: We’ve actually worked at that mill twice, in 2019 and in 2021. Last year, we were hired to rehabilitate the pipe that carries water from a pond to cool the mill’s various operations. The pipes are 100–125 feet long, and 24‑inch risers come out of the pipe and go to different parts of the mill. Suction lines draw water in from a pond, and grit can enter those lines. As the grit is sucked up out of the riser, it creates a sort of vortex. The grit acts as an abrasive, and rust forms and builds up in the pipe, which also causes corrosion. We found that the steel pipes were heavily deteriorated in spots. The first time we worked there, we actually had to patch a few spots with plates. First, we removed the buildup in the pipe with high-pressure washers. Once we got most of it off, we blasted the pipe with abrasive to achieve the profile that we needed on the steel. Once the surface was clean, we sprayed the pipe with epoxy coating. The 301‑14 high-performance epoxy coating protects the pipe and makes the surface resistant to abrasion. It will also protect the pipe from further corrosion.

Municipal Water Leader: Was the danger that the pipes would actually collapse?

Nick Lehnhoff: No, the pipes weren’t structurally compromised. But if the problem were not addressed, that could eventually become a concern. The company wanted to find a solution before it got to that point.

Municipal Water Leader: How did you access those worn parts of the pipes to inspect them?

Nick Lehnhoff: International Paper actually built a cofferdam around the pipes so we could access the site. We were able to get 20 feet or so into the pipes that way, because they deadheaded underground.

Municipal Water Leader: Did the mill need to shut down while you completed your work?

Nick Lehnhoff: Yes. The cooling lines are critical for the plant’s operation, so it had to shut down. We worked on a pretty tight schedule. There were 30–40 subcontractor employees working above us. One advantage of the Warren epoxy we use is that you can use it while other work is going on simultaneously because it does not contain volatile organic compounds that could affect workers. The cure time for the Warren product is usually 4–6 hours, which is relatively quick. For this job, we worked around the clock, with two crews working 12‑hour shifts. Once the epoxy was cured and we had tested and inspected the work, the plant was ready to go right back into service.

Municipal Water Leader: Did you use the same epoxy and application process in this project that you use when you coat drinking water pipes at water treatment plants?

Nick Lehnhoff: The two products are very similar. The epoxy we use for potable water is NSF approved, while the 301‑14 high-performance epoxy is not, but from an application and service rep standpoint, it’s pretty much the same.

Municipal Water Leader: How long should the International Paper expect the epoxy coating to stand up to the conditions in the pipe?

Nick Lehnhoff: The structurally enhancing Warren Environmental product has a design life of 75 years. Some of A&W’s oldest structures are 25 years old and are still in great condition. This product provides a long‑term solution for an otherwise deteriorating pipe that would be coming to the end of its useful life.

Municipal Water Leader: Have you heard back from the facility owner about the results?

Nick Lehnhoff: The owner was really impressed with the first scope we did in 2019, so it knew exactly what it was getting into the second time. It was reassuring to the company to know that A&W could come in as the contractor and meet the tight shutdown times and that the product would provide the durability it was looking for.

Nick Lehnhoff is a project engineer for A&W Coatings. He can be contacted at nlehnhoff@awmain.com.

How IPM Can Help Water Utilities With Personnel Transitions