The New Zealand government is pushing ahead with significant and controversial changes to the way three waters services (drinking water, wastewater, and storm water) are managed and delivered across the country.

Three waters services are currently owned, managed, and delivered by 67 local authorities—either city councils or, in provincial areas, district councils. The proposed reforms would see the services being amalgamated into large service delivery organizations based on population. At this stage, four such organizations are proposed.

Originally, the government had stipulated that the reforms were not compulsory and that councils could opt out of the reforms and retain their three waters functions independent of the new delivery agencies. As a sweetener, however, it offered a significant funding package of NZ$2.5 billion (US$1.76 billion), intended to support councils that decided to go ahead with the reforms. The package is made up of NZ$2 billion (US$1.4 billion) of funding to invest in the future of local government and community well-being (the better-off component) and NZ$500 million (US$350 million) to ensure that no local authority is financially worse off as a direct result of the reform (the no-worse-off component).

Throughout the latter half of 2021, opposition to the reforms grew, with groups of councils writing to the minister for local government, Nanaia Mahuta, requesting a pause in the program, which mayors described as “once in a generation.” The mayors were concerned with the pace of the reform program and worried that communities would not have enough time to adequately assess the proposals and understand their implications.

For some councils, three waters services make up a significant proportion of their operations and functions, so the idea of shifting their management to large, aggregated entities raises concerns over a loss of local knowledge and skills.

Amid mounting criticism of the proposed reforms from councils and communities around the country, Minister Mahuta announced at the end of October 2021 that councils would no longer be able to opt out of the reforms; the reforms would be compulsory. To address the concerns raised by the councils, a working group has been established to take a fresh look at how the reforms will be implemented.

Concurrently, the government has established a new national water regulator, Taumata Arowai. (The agency’s name is in the Māori language: Taumata invokes a sense of protection, leadership, and wisdom; aro means to give attention to, to focus on, or to be in the presence of; and wai is water.)

The standards and regulations regarding drinking water supplies and suppliers have also been significantly overhauled. Following an outbreak of campylobacter and E. coli contamination in the town of Havelock North in 2016, when around 5,000 people became sick, an enquiry was undertaken, ultimately leading to the Water Services Bill going before Parliament. The bill progressed through Parliament, and a select committee held hearings on the draft. It received royal assent in early October 2021 and has now been enacted as the Water Services Act 2021. It will require all domestic water suppliers to undertake source water protection planning, water safety planning, multiple barrier treatment, and disinfection and to establish more-stringent testing requirements. Taumata Arowai will be responsible for the implementation and enforcement of the new regulations. This will affect all suppliers, from large cities to farms that source groundwater for multiple buildings on their properties.

The three waters working group will report back to the government with its findings and recommendations in March 2022. The government will then make final decisions on the form and function of the new water services entities, which it will wish to implement before the next general elections, which will be held in late 2023.

Elizabeth Soal is a freshwater policy and governance specialist in New Zealand. She can be contacted at ejcsoal@icloud.com. 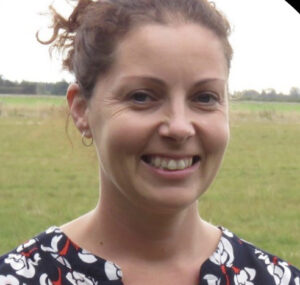 Delivering Drinking, Industrial, and Irrigation Water Amid the Pandemic