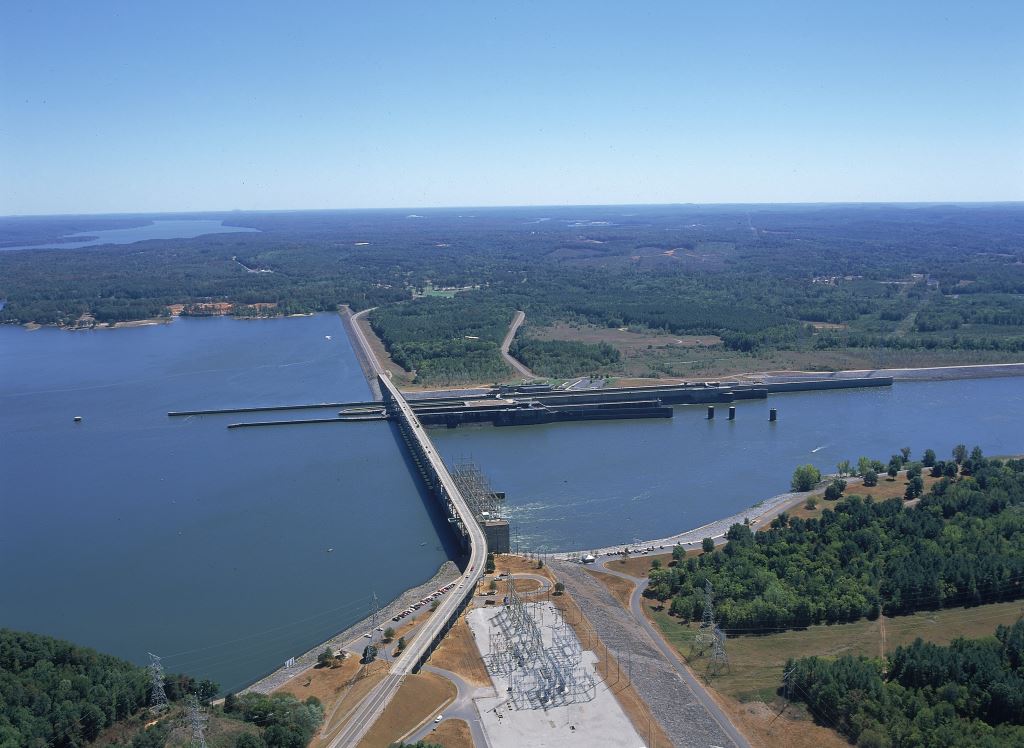 The TVA manages the fifth-largest river system in the United States, covering 40,910 square miles, including portions of Alabama, Georgia, Kentucky, Mississippi, North Carolina, Tennessee, and Virginia. TVA water contributes to the water supplies of cities across the Southeast, including Knoxville, Chattanooga, and Kingsport in Tennessee and Huntsville and Decatur in Alabama. And while the Tennessee River has the most water extractions per square mile in the United States, it has one of the lowest levels of consumptive loss.

John Crotty: Can you describe the role of municipal water supplies within TVA operations?

Gary Springston: The TVA operates the Tennessee River system for navigation, flood control, power generation, water supply, water quality, and recreation. Our part involves water supply. Water extractions from the Tennessee River water system require a permit from the TVA. As a federal entity, we are required to follow the guidelines of the National Environmental Policy Act and complete a thorough environmental review associated with the implementation of a new water withdrawal or an increase in an existing water withdrawal. We have to look at volumes being removed to see whether they have any effect downstream or valleywide.

At the 20,000-foot view, our river reservoir operating system plan, implemented in 2004, mandates how we operate the system to maintain a balance of all the benefits. We gauge consumptive loss every 5 years to see how much water loss we have in the valley from water withdrawals. We then make forecasts for the future. As long as consumptive loss is within what was anticipated when we implemented this system, we can ensure that water withdrawals won’t affect the balance of beneficial uses in the valley.

John Crotty: What is the process a municipality goes through to withdraw from the system?

Tina Guinn: We regulate obstructions—anything that displaces water—within the Tennessee River and its tributaries. We treat water intakes as any other obstruction and issue a 26a permit. The difference is that we attach special conditions on the permit that regulate the withdrawal rate and, in some cases, limit approved uses. We depend on our water supply specialists, Gary and Amanda, to make those determinations. We also ask for an annual reporting form to be filled out and sent to our water supply specialists. We advise the municipality that other permits may be required, such as from the state.

Gary Springston: We do not authorize anything unless all appropriate permits have been obtained. If a municipality comes to the TVA wanting to have an intake, we ask to see the location, the design, and the documented need. The TVA permits intake structures for periods anywhere from 5 to 20 years. We only permit what is logical and needed.

John Crotty: How do you balance an increase in withdrawals with the other purposes of the TVA?

Gary Springston: Unlike the [U.S.] Army Corps [of Engineers], the TVA does not have a dedicated water supply in its reservoirs. When the TVA implemented its operating system, we decided that we could continue to have increases in water withdrawals as long as the consumptive loss did not exceed assumptions. Once loss exceeds what is anticipated, there could be a point at which it affects the balance of beneficial uses in the valley.

Tina Guinn: We are not at that point at this time. If something negative were to occur [from a proposed withdrawal], it would most likely be noticed during an environmental impact review.

Gary Springston: We also require annual reporting, which started in 2005. Additionally, upon the renewal of a permit, if we notice that the water user is not using as much water as the initial go-around, the TVA may cut back the intake volume. We permit only what is necessary and do not allow water reserves.

John Crotty: What have been some of the challenges to your supplies?

Gary Springston: The biggest challenge we have is drought. A fair amount of intakes in the Tennessee River watershed are not affected by the TVA's operation. They are in uncontrolled waterways, so we cannot do anything to keep water over those intakes. For the ones that are in a reservoir or on controlled waterways, we make every effort to keep them under water. However, the TVA does not guarantee any water level or water quality. That can be a challenge. Although we ran into that in 2007, we had the flexibility to change operations at one of our dams slightly to keep one intake underwater. When this occurs, we balance competing demands on the system and determine an overall value to the public. I look at this like a juggling act.

John Crotty: Are their any new projects or technologies the TVA has adopted to improve efficiencies?

Amanda Bowen: With the help of the National Weather Service, we just implemented a new forecast system customized to our watershed to measure the amount of water coming into our reservoirs. It provides more accurate modeling of inflows and has shown huge benefits during drought and flood conditions.

Gary Springston: The water supply program has implemented a GIS-based platform. We map out each water extraction and waste discharge point in the valley. One of the biggest things we do is to facilitate communication. As a federal agency over seven states, open communication between federal and state agencies is key. Because of this, we started the Tennessee Valley Water Partnership. The group is composed of the TVA, the U.S. Environmental Protection Agency, the U.S. Geological Survey, and the seven Tennessee River Valley states. We get together on a regular basis to discuss issues. During drought situations in any state, we participate in state-sponsored drought communications. When the whole river valley is in drought conditions, we are in constant communications with all partnership agencies. Through this open communication, we can ensure that no one is caught off-guard.

John Crotty: Is there a special drought contingency plan within the TVA’s operating plan?

We have a system minimum operation guide, and if we get below the system minimum of storage, our flow requirements actually step down with that. It is a built-in drought trigger. We have never reached a point at which we could not maintain the flows or had issues with our elevations. We got close in 2007 on one reservoir, but we had a backup plan for emergency operations. In 2007, we experienced an extreme drought: Rainfall levels were significantly lower than the prior 104 years, and we were still able to maintain our minimum flow requirements without having any intakes without water. Minimum flows are based on water quality requirements, navigation requirements, and some recreation agreements. If a larger drought ever warranted, we have the flexibility to work with the navigation and recreation industries to fluctuate the flow requirements to preserve water in the reservoirs.

John Crotty: What are the big lessons from your most recent water supply study and your projections for the years to come?

Amanda Bowen: The study has water use projections out to 2040. We project a decrease in overall total withdrawals at 19 percent due to the projected decline of water use for thermoelectricity production. Most of our system withdrawals are connected to energy production.

Apart from that, we show an increase for industrial needs at 16 percent, an increase in public supply need at 21 percent, and irrigation increase at 40 percent. Withdrawals for public supplies increased 50–60 million gallons per day (mgd) per year from 1995 to 2010, and then, from 2010 to 2015, it decreased about 30 mgd. Some of that decrease is due to increased public awareness about water conservation. Additionally, one of our largest municipalities overhauled its distribution system, improving efficiencies and decreasing its water losses.

John Crotty: What advice do you have for municipalities that may be thinking about applying for a permit?

Tina Guinn: One thing we pride ourselves on in the land use group is our customer service. Each time an application comes in, it is going to go to a program manager who is going to work with the applicant to make sure they are aware of all the forms and information needed. Then they will be handed off to the project lead.

Gary Springston: Make sure you properly plan for the future. Our permits are based on yearly blocks, so you don't want to build a structure and have unexpected growth. They really have to have a grasp on how much water they are using and losing.

Ahead of the Curve: Louisville Metropolitan Sewer District’s Innovation