The City of Pueblo, Colorado, recently undertook a renovation of its James R. DiIorio Wastewater Reclamation Facility, installing an Ntensify nutrient removal system that has made its treatment process significantly more efficient and has reduced chemical and energy expenses so much that the improvement will pay for itself within 2 years. In this interview, Pueblo’s director of wastewater, Nancy Keller, tells Municipal Water Leader about the benefits of the Ntensify system and about the Pueblo Wastewater Department’s other top issues.

Municipal Water Leader: Please tell us about your background and how you came to be in your current position with the City of Pueblo.

Nancy Keller: I am a medical technologist who moved from a hospital lab to managing a commercial lab and then to managing the city’s wastewater lab for 22 years. More and more regulatory issues of the sort I assisted with were coming up, and eventually my position was split into two jobs. I moved into a regulatory compliance position, which I held for 8 years, and then became the city’s wastewater director in 2016.

Municipal Water Leader: Would you give us an overview of the City of Pueblo’s wastewater services?

Nancy Keller: The James R. DiIorio Water Reclamation Facility is the city’s only wastewater facility. It serves the 110,000 people of Pueblo as well as a few thousand people outside the city boundaries. The plant has a design capacity of 19 million gallons a day (MGD) and is currently operating at about 11 MGD.

Municipal Water Leader: What was the motivation behind the recent renovation of the DiIorio plant?

Nancy Keller: The U.S. Environmental Protection Agency (EPA) is requiring states to address nutrient loading to prevent the eutrophication of rivers. The EPA has worked with Colorado and many other states to develop standards for nitrogen and phosphorus. In Colorado, those standards are being implemented in two phases. The Regulation 85 requirements that are in place right now set a level that needs to be reached immediately. There will be a second level with lower standards that will be adopted in 2027. The requirements of the first phase were put into our permit with a compliance schedule that required us to meet the standards by April 2021. The construction that would have been necessary to add the nutrient removal processes would have cost $25–$30 million, so we took an alternate approach that was significantly less expensive.

Municipal Water Leader: Were there issues with the plant related to aging infrastructure?

Nancy Keller: Aging is an issue. The plant is about 30 years old, and portions of it have changed over the years. When we began removing ammonia, we knew that we would also have to remove other nutrients down the road, so we took out the trickling filter and began using activated sludge systems, which were upgraded to Johannesburg systems. We have set it up in such a way that we will be able to add processes to reduce phosphorus to low levels in the future. There are a lot of issues related to the aging of the plant and trying to keep up with replacement and maintenance. We have 464 miles of pipe in our collection system, and over 65 percent of that pipe is over 50 years old.

Municipal Water Leader: Would you tell us about the Ntensify nutrient removal process and how it differs from the process you were using before?

Nancy Keller: Twenty-five percent of the citizens of Pueblo are below the federal poverty level, so we were lucky to find a way to handle nutrients that wasn’t excessively expensive. Pueblo is already dealing with high levels of selenium and sulfate, which are expensive to eliminate because they come from the Pierre shale formation under the city. The groundwater has up to 10,000 micrograms per liter of selenium and 18,000 milligrams per liter (mg/l) of sulfate. When groundwater infiltrates our system, it increases the concentrations in the plant effluent beyond the state standards, but it is difficult to avoid that occurring, especially during wet weather. The costs of dealing with that through the Colorado- and EPA-approved discharger specific variance are high. The Ntensify nutrient removal system proposed by Brown and Caldwell seemed like it might be more affordable, so we decided to pursue it.

The Ntensify system combines two intensification processes. One is advanced aeration control, which does away with the need to maintain dissolved oxygen in the Johannesburg system at 2 mg/l. Now we are maintaining a level of around 0.2–0.3 mg/l by using ammonia probes. It’s difficult to monitor low dissolved oxygen levels.

The second element included in the Ntensify system is hydrocyclone-based wasting. That is basically a centrifugal-type system that causes the light filaments, which cause a lot of issues and don’t add a lot to the nutrient removal process, to rise toward the top, where they are pulled off and sent to waste. The system moves the heavier biological waste to the bottom, where it is then returned to the process. The bacteria that are in that lower stream remove phosphorus efficiently, so recycling them back into the system improves the nutrient removal process significantly. As soon as that process came online, we saw an improvement. The sludge volume index decreased from more than 170 milliliters per gram to just above 90 in only 3 weeks. It has doubled the capacity of that process.

Thanks to that process, we’ve also been able to eliminate the use of polyaluminum chloride, which we previously used to control bulking. The filaments that cause bulking are now removed in the upper portion of the waste. We also discontinued the use of acetic acid, which was used as a carbon source and is no longer necessary. We also need much less energy to run the blowers to keep oxygen at 0.2–0.3 mg/l than to keep it at 2 mg/l.

All told, we are spending about $300,000 less per year on chemicals and about $150,000 less per year on energy. Meanwhile, we are still meeting all our required discharge standards. The best part is that installing the system cost less than $2 million. We are earning back our investment in 2 years. Typically, when you add a new process to your plant, there is an up-front cost as well as ongoing costs related to the additional operations and maintenance the process requires, additional chemicals, and so on. It is unusual that it saves so much money and pays for itself so quickly. It has been beneficial for us.

Municipal Water Leader: Did you pay for the project through your capital improvements budget, or did you take out a loan or a bond?

Nancy Keller: We paid for it through the capital improvements budget.

Municipal Water Leader: Do you have plans to rehabilitate or replace any of your pipe infrastructure?

Nancy Keller: Under our selenium and sulfate discharger specific variance, we are required to reduce the amount of infiltration. We are required to spend $10 million over 10 years. Over $7 million of that will go to upgrade the collection system to stop infiltration; then, we will look specifically at selenium-removal infrastructure that may have to be added to the water reclamation facility. Over the course of collection upgrades, we’ve done a lot of pilot projects to investigate processes that are new to us. We have found that lining pipes is effective and much less expensive than removing and replacing them. We have tried several ways of dealing with infiltration into manholes and have been really happy with the effects of applying cementitious coating followed by epoxy coating. In areas that have high infiltration into the manholes, we’ve done grouting prior to the epoxy coating application. We’ve also started grouting the taps. Once you line a pipe, groundwater flows between the lining and the pipe, and it comes in at all taps. By grouting at the tap and 10 feet beyond it, we’ve been able to stop that infiltration.

There has been a significant reduction in the amount of selenium and sulfate in the facility influent. We have been experiencing drought, so we are anxiously waiting for a good rain to bring the groundwater table up so that we can see if those reductions have been maintained. Even with our dry weather, it’s looking really positive. We’re still working our way through the discharge specific variance process.. There’s also a regular budget for replacing prioritized infrastructure based on a potential failure rating. Our infrastructure ages faster than we can replace it, but we hope that we can keep finding methods to stay ahead of the possibility of infrastructure failure.

Municipal Water Leader: What are the other top issues that the City of Pueblo’s Wastewater Department is working on today?

Nancy Keller: It is doing the work for the variance, trying to maintain the infrastructure and routine maintenance, and starting to look forward to the next phase of nutrient reduction. One upcoming issue is that Colorado is moving forward with putting requirements for monitoring and potentially treating per- and polyfluoroalkyl substances (PFAS) compounds into its permits. Incidental contamination from household products may be the primary source of the contamination, and the citizens may have to pay for PFAS treatment at the wastewater facility. PFAS compounds can come from many sources, including industrial sources and firefighting foams, that we can try to control through pretreatment regulations. Another issue relates to technologically enhanced radioactive materials. Regulations on those materials were recently adopted, and we will need to see if the concentrations of those materials in our system will be an issue for us. We’ve just started monitoring for them. If our levels are high, disposing of the biosolids would represent significant costs.

Municipal Water Leader: What is your vision for the future of the utility?

Nancy Keller: My hope is to be able to keep up with infrastructure maintenance and to find economical ways to use resources more wisely. We currently have a small solar power system, and we use methane from our digesters to heat all the buildings in the plant. We have put in a lot of efficient variable-frequency-drive-type pumps. Each time something has to be replaced, we try to use higher-efficiency equipment. We’ve replaced all our outside lighting with LEDs.

My hope is to keep moving toward energy sources that offset carbon and offset electrical costs. I have a few things I’d like to look at, including hydropower turbines. I believe that there are places within the plant where we can generate power from water flow. There are a number of different ways to generate electricity that could potentially make the plant more sustainable, but we need to be able to justify the costs of whatever we choose to do. Pueblo is not a rich community, so we need to be wise with the citizens’ money. 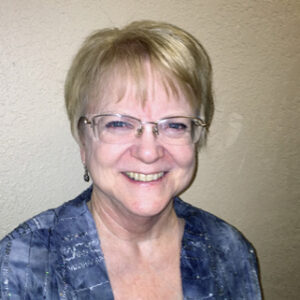 Ahead of the Curve: Louisville Metropolitan Sewer District’s Innovation