The municipal government of the city of Auckland, New Zealand, has created a program to easily present up-to-date information on water quality and hazards at local beaches to the public. The Safeswim program uses regular testing, real-time data on the performance of wastewater and storm water infrastructure, and data modeling to generate its recommendations. Meanwhile, Auckland Council and its water utility are 3 years into a 10‑year infrastructure program to reduce the occurrence of wastewater overflows. In this interview, Safeswim Program Manager Nick Vigar tells Municipal Water Leader about how the program functions and the benefits it brings Aucklanders.

Nick Vigar: I have a background in both biological and physical sciences. I’ve worked in the field of storm water quality and quantity management for the last 15 years.

Municipal Water Leader: For U.S. readers who may only know Auckland as a name on a map, would you give some information about the size of the city and its geographical setting?

Nick Vigar: Auckland is in the upper North Island of New Zealand. It is the country’s largest city and is constantly growing. With the city situated between three large harbors, Waitematā, Manukau, and Kaipara, Aucklanders have a large number of beaches to enjoy during the summer.

Municipal Water Leader: When was the Auckland Safeswim program founded and why? What is the basic purpose of the program?

Nick Vigar: The revised Safeswim program was created in 2017 and launched in November 2018. The purpose of Safeswim is to provide advice on beach conditions and potential hazards to help Aucklanders make informed decisions about when and where to swim. The website provides real-time data on the performance of the wastewater and storm water networks; forecasts of water quality; and up-to-the-minute advice on tides, weather, wind, and temperatures at over 100 sites in the Auckland region.

Municipal Water Leader: Why were people getting sick from swimming at beaches near Auckland? What were the major drivers of unsafe or dirty conditions?

Nick Vigar: There is little direct evidence of illness associated with swimming around Auckland. The illnesses that you are most likely to catch from fecal contamination include gastrointestinal and respiratory illnesses, which may occur days or weeks after exposure. However, epidemiological studies do enable us to approximately establish the public health risk associated with particular bacterial indicators. We follow New Zealand government guidance in this regard.

There is a higher risk of poor water quality at our beaches after rain, especially in areas served by aging network infrastructure in the city center and aging onsite septic systems on properties at the edge of the city or in rural areas. Rainfall after long spells of dry weather can carry a first flush of dirty water to our beaches—including water contaminated with animal feces and litter. Water quality at Auckland beaches is generally good and is getting better as Auckland Council and Watercare (New Zealand’s largest water supplier and wastewater treatment service) continue to invest in improving the region’s water management networks. But our beaches do suffer from poor water quality from time to time.

Municipal Water Leader: How are the data for the Safeswim program collected?

Nick Vigar: Safeswim combines real-time data on the performance of the wastewater and storm water networks with predictive models that forecast water quality to a high degree of accuracy. These models are underpinned by a regionwide program of sampling. The sampling program comprises routine sampling at each site in the program (excluding those subject to long-term warnings, which are managed under a different system), high-frequency sampling at targeted locations during specific climactic conditions, and community-led sampling to help speed up model development. On average, most beaches are tested every 2 weeks, although data collection may be more frequent when we’re trying to build a predictive model for a location quickly.

Safeswim’s water quality predictions consider rain intensity, duration, and location as well as tides, wind speed and direction, and sunlight. In addition, data from rain radar and rain gauges around the region are fed into the system to ensure that current water quality predictions reflect actual and observed rainfall rather than relying entirely on weather forecasts.

Municipal Water Leader: Does the Safeswim program use only water quality data it collects itself, or does it use information collected by other entities?

Nick Vigar: We only use data we capture ourselves.

Municipal Water Leader: What is the water tested for?

Nick Vigar: Aside from running predictive models based on New Zealand microbiological water quality guidelines, in freshwater we test for E. coli as our indicator of contamination, and in salt water we test for Enterococci.

Municipal Water Leader: How does Safeswim use predictive modeling to provide recommendations on beach conditions?

Nick Vigar: There was clear evidence that relying on the results of weekly monitoring was not an effective method to manage the public health risk from recreating in contaminated water in Auckland. Agencies responsible for managing recreational health and water quality in Australia, Hong Kong, Scotland, and the United States had begun to use water quality modeling to identify and communicate public health risk. Auckland chose to join that movement and bring its program up to speed with international best practices.

Model accuracy is established in two phases: calibration during model development and validation during model operation. Validation results are used to train models and drive continual improvements in performance. All the models in the Safeswim program meet these requirements and are continually being refined to improve their predictive accuracy.

By continuing sampling and model development and validation throughout the year, the Safeswim team has been able to develop accurate models for several beaches in Auckland that had previously been subject to long-term warnings advising people against swimming at any time. The Safeswim models can accurately identify times when water quality is likely to be poor at these beaches and when it is likely to meet guidelines for recreational use. This innovation effectively enables Aucklanders to make decisions about when to swim in areas where the water had for some time been regarded as too dirty for recreational use.

Since models can only forecast predictable changes in water quality, such as environmental changes related to factors like rain, wind, and tide, additional methods are required to capture unpredictable contaminant events, such as accidental spillages or dry-weather overflows caused by human error or infrastructure issues.

Municipal Water Leader: What have the effects of the Safeswim program been?

Nick Vigar: Safeswim has significantly raised public awareness of the potential public health risk associated with swimming and has raised the profile of storm water quality as an issue within the region.

During the 2019–2020 summer swim season, Auckland’s beaches were swimmable (according to national guidelines for recreational water quality) an average of 89.2 percent of the time, compared with 83.7 percent in 2018–2019. The increase is largely due to lower rainfall during the 2019– 2020 summer.

The benefits of enabling community participation in water quality sampling are being realized. Community-led sampling at Laingholm helped the Safeswim team build an accurate water quality model and remove a long-term no-swim warning from the beach.

The Safeswim website continues to attract large numbers of visitors. From November 1, 2019, to April 30, 2020, the site had 130,000 users and a total of 231,600 sessions. Visitors stayed on the site for an average of 52 seconds and used the site generally as intended. Generally, users were navigating between beaches, using the map-based interface, and relying on the easy-to-interpret imagery for information on beach status.

User testing and behavioral observation conducted in the leadup to the 2019–2020 summer led to several changes to the site to make the user interface easier to use and understand. The changes involved ensuring that water quality status was not obscured when safety alerts were issued at a beach and making it more obvious when a beach was being patrolled by surf lifesavers.

Municipal Water Leader: What are Auckland Council and other municipal authorities doing to address combined sewer overflows and other causes of unsafe beach conditions?

Nick Vigar: Auckland Council and its water utility are 3 years into a 10‑year program of building NZ$1.8 billion (US$1.27 billion) worth of infrastructure to significantly reduce the occurrence of wastewater overflows. Investigative programs now also exist to investigate and trace the causes of storm water and wastewater cross-contamination.

Municipal Water Leader: What advice do you have for other cities that are considering establishing a similar program?

Nick Vigar: Spend a couple of years collecting high-quality rainfall and water quality data in order to build models you can be confident in. Consider integrating complementary hazards and physical safety attributes into the system. Expect the system to generate a significant increase in public awareness of water quality issues in your region.

Nick Vigar is the manager of the Auckland Council’s Safeswim program. For more about Safeswim, visit safeswim.org.nz. 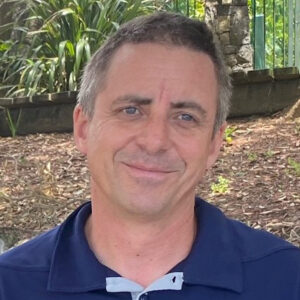