Defining Waters of the United States 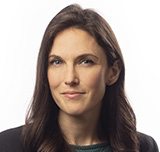 First, and most recently, on January 24, 2022, the Supreme Court granted a petition for writ of certiorari in Sackett v. EPA (Docket No. 21‑454), a long-evolving case concerning whether certain wetlands constitute WOTUS under the CWA. That case involves an Idaho family’s attempt to build a house on land that the federal government has found includes federal waters and raises questions about the federal government’s ability to broadly define WOTUS.

Second, on November 18, 2021, just months before the Supreme Court’s announcement, the U.S. Environmental Protection Agency (EPA) and the U.S. Army Corps of Engineers released a prepublication version of their proposed rule defining WOTUS under the CWA. This proposed rule unwinds much of the 2020 Navigable Waters Protection Rule, issued during the Trump administration, and restores the regulations in effect prior to the Obama administration’s 2015 rule, as informed by Supreme Court case law. Notably, the proposed rule is part of a two-part rulemaking process, and the EPA and the Army Corps anticipate developing a second rule that could consider more categorical approaches to jurisdiction.

The EPA and the Army Corps have indicated that they will continue with the rulemaking process. However, the outcome of the Supreme Court case could potentially moot the rulemakings, as the Supreme Court could narrow the scope of what constitutes WOTUS. For now, the regulated community’s search for a clear and durable definition of WOTUS continues. 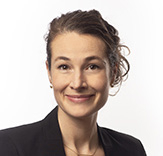 Drought has plagued large portions of the West for the last several years. Water allocations to water suppliers and irrigation districts that rely on water from federal water projects have been significantly reduced. For example, the Central Valley Project, which provides water to California, was reduced to pumping at minimum levels for health and safety for the majority of 2021. There was also a tier 1 water shortage on the Colorado River, which reduced deliveries to Arizona and Nevada. Reduced water allocations threaten not just agricultural production, but also the ability of water suppliers to meet basic public health and safety needs. Entities that have their own water rights are also threatened by scarcity, particularly if their rights were more recently established.

The increasing incidence of drought demonstrates the need for regulatory systems and programs that incentivize conservation and more easily allow the redistribution of conserved water. In December 2021, water agencies across Arizona, California, and Nevada, together with the U.S. Department of the Interior, announced an investment of up to $200 million in projects to conserve water across the Lower Colorado River basin. Regulatory programs that already exist or are developing in western states allow for water banking, trading, and leasing, which facilitate the redistribution of water.

Understanding how to navigate the various opportunities for the conservation and redistribution of water, which vary state by state, will be of increasing importance to water suppliers and water users. These tools, if used effectively, can benefit not only those who need more water, but also those who are not currently using their water rights and who may otherwise face the possibility of the relinquishment of their rights for nonuse. 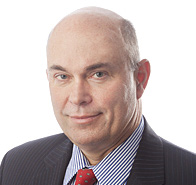 Until recently, hydropower has been the largest source of emissions-free energy in the United States. Unlike most other renewable energy sources, such as solar and onshore wind, the siting of hydropower plants is heavily regulated through the Federal Energy Regulatory Commission (FERC) licensing process, which can be expensive, lengthy, and uncertain and has become a substantial barrier to new hydropower development.

Recognizing this problem, in 2013 Congress passed the Hydropower Regulatory Efficiency Act (HREA) to encourage development of small and low-impact hydropower. Among the improvements were a new type of exemption from FERC licensing jurisdiction for projects sized at 5 megawatts or less and located on nonfederally owned conduits, such as tunnels, canals, pipelines, aqueducts, flumes, ditches, or similar manmade conveyances that are operated for the distribution of water for agricultural, municipal, or industrial consumption. In 2018, Congress increased the maximum size of projects covered by the exemption to 40 megawatts. In implementing the statute, FERC has held that its preexisting regulations governing small conduit exemptions from licensing—the term exemption was already used to refer to a form of FERC authorization available prior to the HREA—also apply to qualifying small conduit facilities under the HREA. This has added another layer of qualifying criteria not expressly set forth in the statute itself. However, FERC has interpreted these requirements liberally, based on Congress’s intent to promote small hydro production as an incidental use of existing water supply infrastructure.

The HREA established a highly streamlined process requiring an applicant for a qualifying facility to file a notice of intent (NOI) to construct the facility with FERC. The NOI must demonstrate that the facility meets statutory and regulatory criteria. Within 15 days after this filing, FERC must make an initial determination that the project meets the criteria and, if it does, FERC must issue a 30‑day public notice of the application. If FERC’s initial determination is uncontested, then the facility is automatically qualified, and construction can proceed. In the event it is contested, FERC must promptly issue a final determination. Since generally there are no stakeholders motivated to contest this type of project, the entire qualification process takes a matter of weeks, not years, as would a typical FERC authorization.

Water and sewer utilities, irrigation districts, and other water suppliers can add hydroelectric generation to their existing infrastructure using the low-cost, timely, and simplified HREA process. Power can be used for pumping or can be sold into the market to help make the cost of water delivery more economical. Understanding how FERC’s qualifying criteria apply to the specific facts of each case is key to achieving the right result. 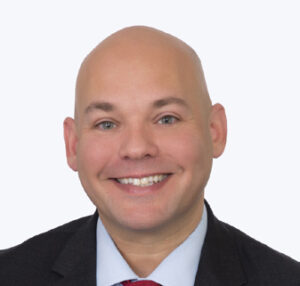 The western United States experiences some of the most variable weather in the nation, with conditions of extreme drought and floods that at times alternate from one year to the next. Such fluctuations in precipitation highlight the extent to which access to the latest forecasting and environmental data is necessary for improved reservoir operations, not only to increase water supply while maintaining critical flood control but to enhance public safety during extreme weather events.

Most precipitation in the West can be attributed to atmospheric rivers (ARs), storms that form in the Pacific Ocean and make landfall along the coast. Predicting the timing and intensity of ARs is essential in giving water managers and dam operators the information they need with enough lead time to prepare for precipitation events. Over the past decade, meteorological research has led to important breakthroughs in understanding and forecasting ARs.

Two tools are critical for the improved forecasting of western precipitation and adequately managing the operation of the region’s reservoirs. While for many decades the scientific community was not able to offer dependable forecasts more than a week or two in advance, advances in subseasonal to seasonal (S2S) forecasting are increasingly providing state and local water managers with reliable extended precipitation outlooks. These subseasonal (2‑to 6‑week) to seasonal (2‑to 6‑month) projections fill an important gap between weather and climate forecasting and represent a central component of seamless short-term and long-term predictions.

In addition, for nearly a decade, a team of multiagency, cross-disciplinary experts have been exploring improved forecast-informed reservoir operations (FIRO), a strategy aimed at supporting better-informed decisions about retaining or releasing water as well as integrating additional flexibility in operation policies and rules by providing enhanced monitoring and improved weather and water forecasts. With successful testing in California’s Russian River basin (Lake Mendocino), the Santa Ana River basin (Prado Dam), and the Yuba-Feather River basin, FIRO has received national recognition and is expected to be a critical tool for improved reservoir management.

Federal policymakers are increasingly acknowledging the important role of both S2S forecasting and FIRO in the future of weather prediction and water management and have provided programmatic opportunities as well as funding to support and advance these initiatives in recent years. A growing number of stakeholders are engaging Congress and the administration to further support these initiatives to benefit communities affected by extreme weather and associated uncertain water supply throughout the West. 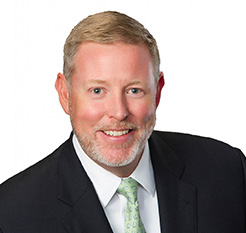 On November 15, 2021, President Biden signed into law the Infrastructure Investment and Jobs Act (IIJA), a $1.2 trillion bipartisan infrastructure package that reauthorizes expiring grant and loan programs across the federal government, including the Clean Water and Drinking Water State Revolving Fund and the Water Infrastructure Financing and Innovation Act. The federal government’s historic investment in water infrastructure through the IIJA provides a one-time infusion of $55 billion in direct appropriations that will be allocated over the next 5 years to address aging infrastructure and emerging contaminants and support efforts to increase resiliency.

Federal agencies are in the process of creating or expanding existing programs to disseminate these funds to eligible infrastructure projects. Some existing federal accounts have already begun allocating funds to states through pre-existing formula grant programs, which are noncompetitive awards based on criteria such as population or need. Examples benefitting the water community include the EPA’s Clean and Drinking Water State Revolving Loan program.

One immediate challenge for federal agencies is vast staffing shortages. Additional grant personnel will be required to handle the influx of funds. This will be an issue for many agencies, including the EPA, which had drastic funding cuts and numerous staff departures in recent years. Adding to the problem is the amount of time—an average of 98 days—that it takes for the federal government to hire new employees.

As agencies establish parameters and develop solicitations for new and existing programs, it has never been more important for stakeholders to engage early with the appropriate agencies to ensure that solicitations are structured to enable projects to meet the criteria for funding awards. 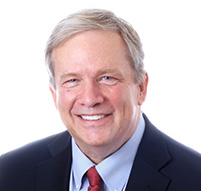 The treaty has no specific end date. Each country has the unilateral right, with 10 years’ notice, to terminate the power provisions. Also, in 2024, the flood risk management provisions will change to called upon status, under which the United States is to use domestic flood control measures before calling upon Canada for assistance. Canada is required to provide flood control assistance but is to be paid for the measures taken, presumably through payments from U.S. appropriations, although there is no specific delineation in the treaty of the amounts or methodology for these payments.

Well before the treaty’s 60th anniversary in 2024, U.S. interests began calling for revisions, particularly to the treaty’s power provisions, which are the basis of the transfer to Canada of electric power representing the value of coordinated operations. Stakeholder discussions resulted in 2013 in a regional recommendation that called for significant changes in the treaty. The United States and Canada began formal negotiations in 2018. Spurred by a unified congressional delegation, the negotiations resumed recently, with no agreement yet in sight. U.S. interests are pressing for a prompt conclusion of negotiations to reach an outcome that is successful from the perspective of U.S. stakeholders.

Van Ness Feldman’s water team has extensive, multidisciplinary capabilities in matters involving the acquisition, distribution, regulation, use, and protection of water, including complex issues involving federal, state, and local regulatory requirements and public policy. For more information regarding the topics above or other matters related to water law and policy, please contact any of our contributors or visit our website at www.vnf.com.