Leslie Tice: I am the national environmental director of HDR’s water business group. I came to HDR 5 years ago as the Northern California environmental leader. Before that, I served in various roles at other consulting firms, including those of project manager, team manager, practice leader, and environmental planner. My technical background is in navigating and interpreting the National Environmental Policy Act (NEPA) and the California Environmental Quality Act (CEQA). I have 23 years of experience completing impact analyses; conducting environmental program management and related regulatory processes; and finding ways to help my clients navigate environmental requirements and, ideally, minimize effects on the environment.

Municipal Water Leader: What kinds of projects do you usually work on?

Leslie Tice: I’ve typically worked on infrastructure projects, including private development, water and power utility projects, water storage and conveyance projects, flood management projects, federal facilities, transportation infrastructure, power and renewable power facilities, and even astronomical research facilities in Hawaii. More recently, I have managed environmental programs. For instance, I advise the Santa Cruz Water Department on a range of the projects that it manages. HDR has been working with the department since 2017 to help develop its overall water capital improvement program, including all its projects, and I am HDR’s environmental lead for this work. I also work with Santa Clara Valley Water District on its watershed programs. HDR is currently preparing a complex environmental impact report for Santa Clara’s Fish and Aquatic Habitat Collaborative Effort project, looking to balance necessary habitat enhancements with water supply commitments. I often work on projects that are expected to be litigated, that require interpretation of policy, that are controversial, or that require us to engage with the public or stakeholders at a deeper level. I like the projects in which you don’t always know how you’ll get to the outcome.

Municipal Water Leader: What are the sorts of problems, delays, or extra costs that project planners can run into if they’re not proactive with environmental work?

Some of the pitfalls that I see are additional costs and schedule delays related to inappropriate team formation or the need to backtrack. A good example of this backtracking is having to redo an alternatives screening that was considered complete during feasibility planning. NEPA and CEQA both require considering a reasonable range of alternatives, but the alternatives screenings required by NEPA and CEQA don’t necessarily align with the ones performed by most clients during feasibility and early planning. However, that’s not to say that they cannot be aligned. When a scope of work is defined without proper environmental screening, unnecessary studies are often prescribed; technical specialties are unnecessarily brought in or inadvertently omitted; additional levels of effort are recommended simply to avoid the risk of the unknown; and considerations for one task order or phase are disconnected from the next, leading to inefficiency and causing the opportunity to look at the big picture across planning phases to be missed. It’s natural for a technical specialist to second-guess or want to revalidate prior work and decisions. It’s this friction that breeds conflict.

Municipal Water Leader: Are there specific laws or regulations that your clients usually run into issues with?

Leslie Tice: It’s not a particular environmental regulation but the process. There’s an assumption that a project owner can’t start considering potential environmental impacts until a certain threshold is reached or early planning is complete. Even if environmental considerations or input are not specifically mentioned in a scope of services, an early environmental screening to answer basic questions should be the norm. I can attest that engineers and environmental planners can in fact communicate and work together, although I realize this is a controversial position. The environmental clearance process is intended for this type of adaptive planning. It could be as simple as having one extra person sitting at the table or looking at the feasibility study or design assumptions.

Municipal Water Leader: So the issue is that an organization gets to an advanced stage of a project and suddenly realizes, “Oh, this construction isn’t going to be compliant with regulations”?

Leslie Tice: The alternatives screening process is an example that’s easy to grasp. When a project is conceptualized, an agency or developer considers alternatives to find the best way to achieve its goals. Is the pipeline above the ground or below, made of PVC or galvanized steel, 24 inches in diameter or 36, does it take this route or that? This alternatives screening is typically much broader than what the environmental triggers would require. Does the pipeline run down the road or adjacent to it; does it cross water bodies, and how; what are the land uses; are there sensitive species, historic resources, or tribal interests along the route? Often, environmental factors are only considered, at least at any substantive level, much later in the process. However, these two lines of thinking can be brought together and considered collectively. By bringing in a qualified environmental person or team early, a project owner can not only avoid the need to validate or redo their alternatives screening, but they also gain clarity about the level of environmental review they’ll need, the stakeholders they might want to engage, the studies and permits that will be required, and the timelines. They can better scope the project and make the process more predictable. If there are any issues or even fatal flaws with an alternative, those can be screened out early. Simply by shifting up a required step in the process and merging it with another, a project owner can avoid mistakenly advancing design on an undesirable alternative and thus save substantial amounts of money.

Municipal Water Leader: What approach have you developed to help people avoid these problems?

Leslie Tice: Conceptually, environmental integration consists in building the basic environmental functions into every stage of planning and implementation, starting from before the project or activities are fully defined. Some regulations, including NEPA and CEQA, identify an activity as a project only when the activity is substantively defined and funding is established, but sometimes it is still worthwhile to start that conversation early. This approach is particularly important when there will be downstream considerations

such as alignment with related projects, public engagement, right-of-way services, technology integration, and potential opposition to the project or activity.

Municipal Water Leader: Would you provide an example of how that works?

Leslie Tice: One example that resulted in some real savings relates to a 9‑mile water pipeline project. We initiated the development of the project definition that would be used for the environmental impact report earlier than the client was comfortable getting design initiated. We saw this as a way to bring specificity to the questions we needed the design team to answer, meaning the process was flipped so that environmental questions drove the design from early on. Turning the project definition into a collaborative writing exercise allowed the team to move the project forward. Throughout the planning process and the development of the environmental impact report, we continually engaged with the design team. It was more of a partnership model, wherein our environmental team reviewed the design; the design team reviewed each iteration of the environmental document; and the two teams engaged regularly to discuss physical changes, the results of technical studies, the advancement of the design, the results of property-owner outreach, and so on. The goal was to advance the project while avoiding surprises. As we round out the CEQA process, we have stayed on schedule and under budget, we have adapted to design changes, and we have avoided team conflicts that could easily have arisen.

Other examples that come up on a regular basis are projects for which early environmental engagement can minimize the need for further environmental review or even make it unnecessary. Our environmental team advises our way out of work all the time. We consider this a good thing, since our clients benefit and ultimately trust us.

Municipal Water Leader: To what degree does it help you to have relationships with the local or state regulators?

Leslie Tice: Having local relationships is really important and often the key to successfully getting a project approved. That said, even when you do not have a relationship with those regulators, having an integrated approach in which you address the environmental issues or requirements specific to each regulator avoids putting them in the tough position of needing to demand changes to the process or additional studies before they can approve the project or issue a permit. That situation pits the regulator against the project owner, which is almost always avoidable with a credible relationship. It’s important to build those relationships for the future, as well. It helps to understand the regulators’ processes. The environmental team can, of course, help with this.

Municipal Water Leader: Are municipal water projects vulnerable to specific pitfalls that managers need to look out for?

Leslie Tice: Municipal projects always have their challenges because they involve a lot of stakeholders and affect people at a local, personal level. The local community has expertise on the resources in its area, and regulators are attuned to their local municipalities. Identifying environmental impacts is always an important part of funding applications and is critical for setting a project owner up for later phases of a project. Biological, cultural, and tribal issues are also prevalent. All these factors are included in HDR’s standard environmental clearance process. As we’ve discussed, it is important to build those considerations in early rather than pushing them off to a separate or later phase of planning. One of the things that poses the highest risks for a project is not allowing the time needed to clear a project environmentally. Early and effective environmental integration can save a tremendous amount of time and, ultimately, money.

Municipal Water Leader: Can you put some numbers on how much money and time clients can save by building environmental considerations into an early stage in the process?

Leslie Tice: We’re talking about savings tens or hundreds of thousands of dollars on the low end and commonly millions for larger projects. We’re talking about months to years saved. Those savings are measured over contract cycles. If you’re able to provide some predictability to the process of how decisions are made at the city council and state board levels, you have a much more defined process. Oftentimes, the environmental review stage is where a project owner can see whether their project goals are even achievable—this is where fatal flaws are often revealed. Prescribing the scope based on an early, integrated approach rather than relying on a consultant’s interpretation of a request for proposals; avoiding unnecessary studies; initiating and aligning design and environmental alternatives screenings—these things allow project owners to significantly streamline their processes, minimize surprises, avoid redundant efforts, and have more control over their overall processes and expenditures. On the consultant side, it helps us understand what the client needs and what their priorities are. It’s a much more productive way of engaging.

Leslie Tice is a certified environmental professional and the national environmental director of HDR’s water business group. She can be contacted at leslie.tice@hdrinc.com. 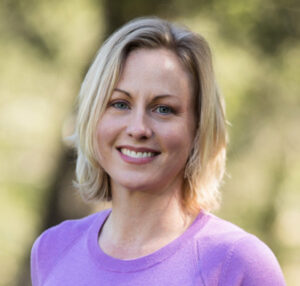