Eastern Municipal Water District (EMWD) provides water, wastewater, and recycled water service to more than 825,000 people in Riverside County, California. For the past two decades, the district has supplemented its largely imported water supply by developing brackish water desalination plants. This year, the district will begin construction on a new desalination plant; when it comes online, EMWD aims to produce enough potable water through desalination to supply 30,000 households.

In this interview, Joe Mouawad, EMWD’s assistant general manager of planning, engineering, and construction, speaks with Municipal Water Leader Managing Editor Joshua Dill about EMWD’s water supply and delivery challenges and why desalination is a cost-effective and beneficial solution. 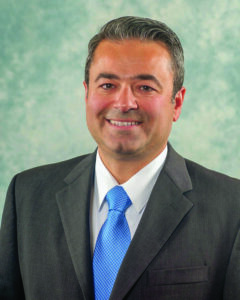 Joe Mouawad: I have been serving the district for over 12 years. I began as director of engineering. My responsibilities evolved, and in 2016 I was appointed to serve as the assistant general manager of planning, engineering, and construction at EMWD.

Joshua Dill: Please tell us about EMWD’s history and services.

Joe Mouawad: EMWD was established in 1950 and serves a population of over 800,000 people in western Riverside County, California, across a service area of approximately 555 square miles. The district serves seven cities as well as unincorporated portions of western Riverside County. EMWD is unusual in being both a retail and a wholesale agency providing water, wastewater, and recycled water services. EMWD is a recognized leader in its diverse and expansive use of recycled water.

Joshua Dill: What is the source of EMWD’s water supply? 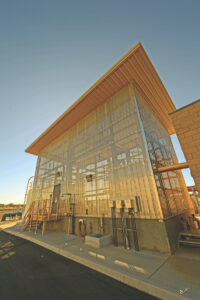 Joshua Dill: What are your district’s top water supply and delivery challenges?

Joe Mouawad: During extended periods of drought, EMWD faces water supply challenges in meeting peak summer demands. For that reason, we have strategically invested in local water supply resources, including desalination and a water banking program. We have also made significant investments in our recycled water program. Our “purple pipe” system delivers recycled water to a multitude of customers, including agricultural, commercial, industrial, and municipal water users. That helps offset EMWD’s imported water needs.

Joe Mouawad: EMWD began planning the desalination program over two decades ago. Its first desalter, the Menifee desalter, commenced operation in 2002. It produces 3 million gallons per day of potable water from an otherwise nonpotable brackish aquifer. At the time, we also constructed several wells and a network of pipelines to collect and convey that brackish groundwater to the treatment facility.

Our second facility, the Perris I desalter, commenced operation in 2005. It produces approximately 5 million gallons per day of potable water. Both of these treatment facilities use prefiltration, reverse- osmosis technology, and disinfection.

As a result of its desalination activities, EMWD generates a brine stream that is discharged via the Inland Empire Brine Line, which is operated by the Santa Ana Watershed Project Authority. The brine is conveyed to the Orange County Sanitation District for treatment and ultimately discharged to the ocean.

Joshua Dill: Aside from adding to your water portfolio, what were the motivations for building those plants?

Joe Mouawad: The expansion of EMWD’s desalination program benefits its customers in multiple ways. It is a local water supply, which means that it enhances EMWD’s resiliency during periods of drought. In addition, it provides for the export of salt from our service area, which allows for the continued expansion of our recycled water program. Recycled water is higher in salts, or total dissolved solids, than freshwater. As recycled water is used for irrigation, it can increase salt levels in local groundwater basins. The desalination program offsets this salt loading.

We have strategically located the extraction wells so that they are able to contain and prevent the migration of high-salinity groundwater into adjacent basins. Containment and treatment of brackish groundwater was a key consideration in successfully securing grant funding from the State Water Resources Control Board for the expansion of our program.

Our desalination program provides a cost-effective water supply that is competitive with the cost of imported supplies. EMWD’s program has been supported over the last several years by local, state, and federal partners. The State Water Resource Control Board provided us with a $22.5 million grant to expand the program. On the local level, we have worked closely with the Metropolitan Water District of Southern California and have entered into a local resource program agreement whereby EMWD will receive a subsidy of $215 for every acre-foot of water produced by the proposed desalter over a 25-year period.

That agreement has an approximate value of $29 million. We have also received funding from the Santa Ana Watershed Project Authority for the construction of groundwater wells. On the federal side, we have been fortunate to work closely with the U.S. Army Corps of Engineers. To date, the Army Corps has appropriated approximately $16.8 million in support of the program, which has allowed for the construction of brackish groundwater wells and conveyance pipelines.

An additional benefit of the program is the advancement of innovative technology designed to reduce the quantity of brine reject. We are currently testing a closed-circuit reverse-osmosis technology. If it is successful and cost effective, it could benefit the entire industry.

Joshua Dill: How do you meet the energy needs of your desalination facilities?

Joe Mouawad: We recently installed a solar array at the desalination complex that generates 1 megawatt of energy per day to offset the energy demands of the desalination facilities. We are currently looking at expanding that solar installation.

Joe Mouawad: We wanted to make certain that this program was cost competitive with imported supply. The economics of the program had to make sense for our ratepayers. Our successful pursuit of external funding support from our local, state, and federal partners over the past few years has allowed us to expand the program. With the grant funding and subsidies we have been able to secure, it is a very cost-competitive program.

Brine management is crucial. We have invested in research into technology that would reduce brine discharge.

Joshua Dill: Please tell us about the new plant you have planned. How will it be different from your existing plants?

Joe Mouawad: In January 2019, our board of directors awarded a $49.9 million construction contract to Kiewit Infrastructure West for the construction of our new Perris II desalination plant. The facility will produce 5.4 million gallons a day of potable water. The membranes we will be using have a higher recovery rate than those in our existing operational facilities, which will allow for greater water output efficiency and lower generation of brine.

The new plant will be adjacent to our existing desalination complex, which will allow us to build on and leverage existing infrastructure. That means significant capital cost savings as well as long-term operational and maintenance cost savings. Further, the electrical system, the piping system, and other key components of the new facility are designed to allow for the future expansion of the facility and to accommodate additional capacity.

Joshua Dill: How much desalinated water will the district produce when the new facility comes on line?

Joshua Dill: Please tell us about popular opinion in your service area regarding desalination.

Joe Mouawad: The community is familiar with our program and has been supportive, especially given the periods of drought we have experienced. They value the expansion of our local water supply resources. One interesting thing is that when people who don’t know about our desalination program hear about it, they wonder if we have a pipeline coming from the ocean, which is more than 40 miles away. Once we explain that we are using local supplies, not ocean water, they are enthusiastic about the fact that we’re reducing our reliance on imported water.

We’ve always had an extensive public outreach program, and we’ve had several community meetings over the past few years to discuss this expansion specifically. We value the input we have received from our community and have incorporated that input into the design of the new facility.

Joshua Dill: How does EMWD compare to neighboring districts in its use of desalinated water?

Joe Mouawad: We’re on the leading edge of desalination initiatives. There are other agencies with similar programs, but our program not only uses the latest technologies but also invests in innovations that would have industrywide benefits. Over 20 years ago, our board of directors had the vision to support this innovative program, which will provide long-term benefits to our customers.

Joshua Dill: What advice would you have for other districts that are interested in installing or expanding desalination facilities?

Joe Mouawad: Planning is key, on several levels: Beyond the engineering and water supply planning, a district needs to engage in public outreach and education, as well as developing the partnerships with local, state, and federal agencies necessary to achieve the combined objectives of the district and its partners. In addition, the desalination program needs to deliver cost-effective water supply with long-term sustainable benefits to its customers.

manager of planning, engineering, and construction at EMWD. For more information about EMWD, visit emwd.org.