Municipal Water Leader: Would you tell us about your background and how you came to be in your current position?

David Wilson: I’ve been involved in the field of engineering for about 18 years. Before arriving at CVWD, I worked for a private engineering consulting firm. I started there near the beginning of the housing boom, when the primary engineering concerns were converting previously developed or vacant land into communities of homes, parks, and commercial corners and building the associated infrastructure. My role involved performing preproject due diligence, developing construction plans and specifications during the planning phase, and shepherding projects through completion of construction. While the work was fulfilling and important, the downturn triggered the need to consider a change. To that end, I joined CVWD in 2011, seeing an opportunity to be a part of something driven by more than just the impulses of the housing market.

I began my career at CVWD as an associate-level engineer, developing capital improvement projects from the ground up in the realms of irrigation, canals, drainage, and storm water. I also became a certified floodplain manager to facilitate the district’s role in the Federal Emergency Management Agency’s National Flood Insurance Program and to inform my work reviewing hydrology and hydraulics analyses for proposed projects in special flood hazard areas. As time progressed, my role expanded to capital improvements within our nonpotable water and recycled water distribution system, where I worked to develop approximately 15 connections to local golf courses, providing an alternative source of supply to large irrigation systems that had previously used groundwater. I was then promoted to the position of senior-level engineer, leading our canal division, and eventually returned to storm water when I was promoted to be the engineering manager of our irrigation, canal, and storm water divisions, the position I am in today.

Katie Evans: I began my communications career as a journalist, but transitioned into public information for Desert Water Agency (DWA) in 2008. At DWA, I had the opportunity to create the public information department, which served to educate constituents about the importance of water resources as well as water use efficiency. I came to CVWD in 2015 as the conservation manager and led a team of 16 water use efficiency experts during California’s historic drought. I was able to return to my communications roots in 2017, first as the interim and then as the permanent director of communications and conservation. In my current role, I oversee water management, outreach and education, and government affairs for the district.

Katie Evans: CVWD’s service area covers approximately 1,000 square miles. Our domestic water system serves about 300,000 people with about 110,000 active accounts. We estimate that there are about 137,000 acres of agricultural land within CVWD’s service area, and approximately 65,000 of those acres are irrigated, including double cropping. Agriculture is the second-largest contributor to our local economy, right behind tourism.

David Wilson: The district itself has multiple disciplines through which it serves the valley. We provide services for agricultural irrigation and drainage, domestic water, groundwater replenishment, recycled water, regional storm water and flood control, wastewater treatment, and water conservation.

From a storm water perspective, our position in a valley places the community at risk from flash flooding and mountain runoff. The district maintains multiple tributary channels that drain to an approximately 50‑mile-long main channel that bisects the valley and conveys storm flows to the Salton Sea. These facilities receive storm flows and snow melt from the hundreds of square miles of watersheds that surround the valley.

The district operates and maintains the approximately 123‑mile-long Coachella Branch of the All-American Canal and its associated protective works and dikes as well as approximately 485 miles of irrigation distribution pipelines. The canal and distribution system is designed to provide water to users via gravity flow. The distribution system was constructed using a series of baffle stands that are intended to reestablish water pressures throughout the valley to deliver a constant flow to customers.

Municipal Water Leader: Is there a distinction between CVWD’s recycled water and nonpotable water programs?

David Wilson: Recycled water is tertiary-treated effluent from our water reclamation plants. Our nonpotable water is a blend of recycled water and Colorado River water. The seasonal changes in the population of the Coachella Valley affect the effluent supply. In the summer, when the population is lower, we blend the effluent with Colorado River water to ensure we are able to maintain the necessary levels for the golf courses.

Katie Evans: Neither, and since in fact we provide seven different services, as David described, we consider ourselves a comprehensive water services agency.

David Wilson: The means for delivering canal water in this area of the valley have shifted over time as urban development has replaced agriculture. Where there were once multiple reservoirs and pump stations moving water around, there is now only one pump station and no reservoirs. As part of the urbanization that has taken place in this area, seven golf courses have been constructed. To implement the district’s in-lieu recharge program and to execute the source substitution element of the Coachella Valley Water Management Plan by providing an alternative supply to large groundwater pumpers, the distribution system in this area needed an upgrade in both pipeline and pump station capacity.

Katie Evans: These efforts work toward the big-picture objective of protecting and maintaining our groundwater levels. When we pursue projects such as these, which create opportunities for source substitution, we are contributing to our long-range plans to ensure that we have sufficient sustainable water supplies to support agriculture, golf, and municipal demands as this region continues to grow and develop.

David Wilson: That refers to the fact that this project accomplishes conjunctive use and recharge goals by providing an alternative source of water for former groundwater pumpers, with the effect that water remains in the aquifer. This keeps groundwater available for domestic water purposes while simultaneously mitigating subsidence potential.

Municipal Water Leader: So rather than directly recharging the aquifer, it eliminates the need to remove water from it?

Katie Evans: Yes. This is not a typical pipeline project that provides water to new customers who previously did not receive our water. In this instance, all we are really doing is switching customers from one source of water to an alternative source. Doing so protects the groundwater basin and avoids the need to build another recharge facility.

Municipal Water Leader: How large is this pipeline, and what is its delivery capacity?

David Wilson: It is about 18 miles long and is anywhere from 12 to 72 inches in diameter. It is sized to deliver 32,000 acre-feet of water a year. The project also includes four reservoirs and four pump stations. The source of this water is the Coachella Branch of the All-American Canal, which is fed by the Colorado River.

Municipal Water Leader: When was the project first conceived of, when did construction commence, and when is its completion expected?

David Wilson: The concept was developed many years ago, well before my time, but the project has gone through a couple of different iterations to make it as cost effective as possible. I have been involved with the project on and off since 2015, and the construction contract was awarded in November 2020. The plan anticipates that it will be an 18‑month construction effort.

Municipal Water Leader: What other efforts is CVWD engaged in to address groundwater levels?

Municipal Water Leader: What have the outcomes been from these actions in terms of mitigating or reversing groundwater and aquifer decline?

David Wilson: They’ve been very successful. Over the past 50‑plus years, the Coachella Valley has experienced as much as 2½ feet of subsidence. Amazingly, along with increasing water levels, subsidence has been arrested across much of the valley, and some areas have experienced uplift, which is a sign of recovery from prior subsidence. Over the last 10 years, groundwater levels have increased by 2–50 feet over most of the western portion of the valley, where groundwater is replenished by the Whitewater facility. This is a reversal of the previous overdraft. In the eastern valley, groundwater levels have increased by up to 90 feet, and artesian conditions have returned to a large area as a result of the recharge at the Levy facility. We have already seen increases in groundwater levels of about 10 feet near the Palm Desert facility, which began operating in the mid-valley in early 2019.

Katie Evans: Recently, the United States Geological Survey did a report about the Coachella Valley and our ability to reverse overdraft in our basin. It’s pretty interesting and provides a great deal of evidence regarding the success of our efforts. Our recycled water program, which David alluded to earlier, is certainly a contributing factor to this outcome as well.

Municipal Water Leader: Is CVWD trying to reduce its reliance on imported water?

Katie Evans: CVWD’s intent is to maintain a sustainable water supply for the Coachella Valley. That is a multipronged initiative. Of course, anything we can do to lessen our reliance on any one of our resources helps meet the overall plan. But it is important to note that our district has senior water rights to the river water that flows to our district. CVWD is one of only two water agencies in the nation that has water rights to both State Water Project water and Colorado River water supplies; our imported water portfolio is diverse in that regard. We are focusing on ensuring our sustainability through source substitutions, prioritizing the protection of groundwater supplies and the reliability of our imported supply. Some of our other priorities include supporting things like conservation, the State Water Project, conveyance facilities, the Sites Reservoir project, and Colorado River drought contingency planning.

Municipal Water Leader: Would you tell us about CVWD’s conservation efforts, and how its consumers are responding to the initiatives?

Katie Evans: Conservation is a key priority of CVWD, and like districts around the nation, we view conservation as a water supply that is less expensive than many alternatives. During the drought that struck California, CVWD was extremely proactive in its conservation efforts, and most of those have been maintained since then. We recently completed internal analyses to ensure our compliance with the 2010 state regulatory conservation guidelines, and we are well ahead of our targets.

We approach conservation in a variety of ways. For our municipal customers, conservation opportunities include turf, toilet, and washing machine rebates; educational classes; and public relations campaigns. On the agriculture customer side, we ran a grant-funded flood-drip-conversion program a few years ago, which taught us a great deal. In the wake of that program, we established regular meetings with the agricultural community in which we discuss potential conservation initiatives that may be possible if grant funding is identified. Similarly, we have a monthly meeting with the golfing industry, and we maintain a golf and water task force, which talks about the golf industry’s water use and the efficiency efforts that will help maintain water supply levels necessary to its operations. It truly is a multifaceted effort, and we are constantly working with multiple industries and consumer groups to ensure water use efficiency across the board.

David Wilson is the engineering manager at Coachella Valley Water District. He can be reached at dwilson@cvwd.org. 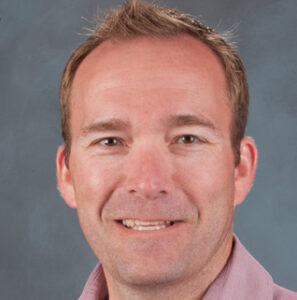 Katie Evans is director of communications and conservation at Coachella Valley Water District. She can be reached at kevans@cvwd.org. 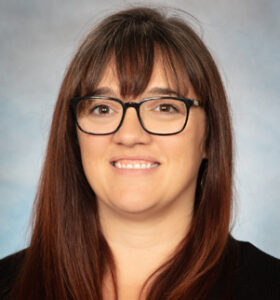 Craig Milne: How Robots Can Improve Data Collection and Safety