The Southeastern Colorado Water Conservancy District (SECWCD) is soon to begin construction on the Arkansas Valley Conduit (AVC), a 130‑mile pipeline with spurs that will bring water from Pueblo Reservoir to 39 communities and 50,000 people east of Pueblo, Colorado. In this interview, Chris Woodka, the district’s senior policy and issues manager, talks about what got the project on track and what it will mean for communities in the Arkansas River basin.

Chris Woodka: I am the senior policy and issues manager at the SECWCD. The district serves parts of nine counties in Colorado, from Buena Vista to Lamar. The water we provide comes from the Fryingpan-Arkansas Project, which collects water on the western slope of Colorado and delivers it to our areas along the Arkansas River. I covered the district for more than 30 years as a reporter for the Pueblo Chieftain. I left the paper in 2016 to join the district. Because I had a background in writing about all sorts of western and Colorado water issues, it seemed I was a natural fit for this position.

Municipal Water Leader: Please tell us about the district.

Chris Woodka: The SECWCD was formed in 1958 to promote the Fryingpan-Arkansas Project. The project was signed into law in 1962, and we’ve been the local partner since that time. The federal partner is the Bureau of Reclamation. The project envisioned two pipelines. One was the Fountain Valley Conduit, which was built in 1985 to serve several El Paso County water systems. The other was the Arkansas Valley Conduit (AVC), which will begin construction this year after decades of waiting.

The district imports an average of 57,000 acre-feet of water annually from the Fryingpan River basin on the Colorado River to the Arkansas River basin. The district lines were drawn close to the service areas to which we provide water. We have an ad valorem tax that funds the operations of the Fryingpan- Arkansas Project as well as its repayment. We move water into Turquoise Lake through a system of tunnels, conveyances, and conduits and then through the Mount Elbert Conduit to Twin Lakes, where we have a large power plant. From Twin Lakes, the water is transported down the Arkansas River all the way to Pueblo Reservoir, where we have terminal storage.

The Fryingpan-Arkansas Project delivers water to Pueblo Reservoir and sells it to different areas throughout our district based on our district’s appropriations principles and policy. About 12 percent of the water goes to the area east of Pueblo for domestic use in the AVC.

Municipal Water Leader: Please tell us more about the AVC.

Chris Woodka: The AVC will provide water to 39 communities that serve 50,000 people from Pueblo to Lamar—about 130 miles. In 2020, we revised the construction plan; now, Reclamation will build the trunk line and the district will build the delivery lines.

We have just entered an agreement with the Pueblo Board of Water Works, or Pueblo Water, that enables us to use extra capacity in its treatment plant and transmission lines to deliver water from Pueblo Reservoir to the AVC. This saved about 10 years and millions of dollars in construction costs. We see this as a game changer for the entire project.

By 2024, we will have built the pipeline to Avondale and Boone in Pueblo County. Then, the availability of funding will determine how soon we get out to Lamar; the current estimate is that we will reach it by 2035 at the latest. The completion date could be sooner if we are able to use federal infrastructure funding to expedite the schedule.

Municipal Water Leader: How does Pueblo Water fit in with the other agencies involved?

Chris Woodka: This plan has its roots in the 1970s, when Pueblo Water was working with the communities in the lower Arkansas Valley to build the pipeline through Reclamation and the Fryingpan-Arkansas Project. At the time, the water systems that would have been served by the AVC decided that it was too expensive.

The AVC was revived in 2000, and a decade of planning resulted in a plan to filter the AVC water at Pueblo Water’s Whitlock Treatment Plant, to build a pumping station to a regulating tank south of Pueblo, and then to build a gravity-fed pipeline to move the water to the east. That plan was designated the preferred alternative by Reclamation in a 2014 record of decision.

In 2018, we began discussions with Pueblo Water about the possibility of using the capacity in its system to treat and deliver the water to the AVC at a point about 15 miles to the east, at the far end of Pueblo Water’s system, using existing water mains for transmission. That saves us the time and expense of building around Pueblo. We went through some technical meetings and decided it might be possible. We sat down with Reclamation in 2019 and began the value-planning exercises that led to the current AVC plan.

Municipal Water Leader: Why is the AVC needed? Do the communities in those eastern areas lack reliable water supplies, or is the existing water source unsatisfactory?

Chris Woodka: There are some water quantity issues. The flow in the Arkansas River is intermittent: It is heavy in late spring and summer and lighter for most of the rest of the year. Occasionally, there is severe flooding. This can create shortages of irrigation water, and one purpose of the Fryingpan-Arkansas Project is to provide supplemental irrigation water.

However, all the AVC water systems rely on groundwater, and the major challenge is water quality. Of the roughly 23 water systems in the area around Rocky Ford and La Junta, 15 are experiencing problems with radionuclides in the water supply. There are also three others with high levels of radionuclides farther to the east. Two of our larger water systems, La Junta and Las Animas, have built reverse-osmosis plants that are expensive to operate and have issues with brine disposal. Many of the water systems get water from deep wells that have naturally occurring uranium, radon, and other radionuclides as well as high levels of metals like iron. And in the shallow aquifer that is tied to the Arkansas River, the water has always been brackish and practically undrinkable. The total dissolved solids are very high, and there are elevated levels of selenium. Most of the communities also have problems with the corrosiveness of the water. People in the lower Arkansas Valley realized back in the 1950s that their water quality was substandard and that they needed a better source of water. They were big supporters of the Fryingpan-Arkansas Project.

Municipal Water Leader: Is the water that will be delivered through the AVC all Fryingpan-Arkansas Project water?

Municipal Water Leader: Will this increase the total amount of water going through Pueblo Reservoir, and will that represent an added burden on the watershed that’s providing this water in the first place?

Chris Woodka: There will not be an additional burden on water resources. The same water that is now used for well augmentation will now go to direct municipal use through the AVC. With regard to downstream flows, the final environmental impact statement for the AVC shows a minimal effect from this conduit on water flows in the Arkansas River. Currently, the combined flow below Pueblo is about 500,000 acre-feet a year. In some years, it’s as low as 300,000, and in others, it’s as high as 1 million. The AVC will only take an average of about 7,000 acre-feet, so overall, it won’t have a large effect on Pueblo Reservoir.

Municipal Water Leader: Is there anything you’d like to add regarding the funding for the AVC?

Chris Woodka: We have received federal appropriations totaling nearly $50 million in the last 3 years. The president’s budget request for 2023 had an additional $10 million in it for this project, and we’re working with Reclamation and our congressional delegation to secure more funding through federal infrastructure funds to possibly accelerate the construction timetable. We also have a $100 million funding package through the Colorado Water Conservation Board. Of that, $90 million is loans and $10 million is grants. That being said, we’re working to consolidate some of the participants who are involved to reduce the cost of building the spurs and delivery lines.

Municipal Water Leader: When you build this stretch of the AVC, will that be the full buildout of the project, or will there be more to do in future years?

Chris Woodka: Under the current plan, this is the full buildout of the project. The AVC is designated to deliver a defined amount of water to specific water systems. These communities have been paying taxes into the district for the past 64 years, and some of them are in the district solely for the AVC. We’re obligated to serve them.

Chris Woodka is the senior policy and issues manager at the Southeastern Colorado Water Conservancy District. He can be contacted at chris@secwcd.com. 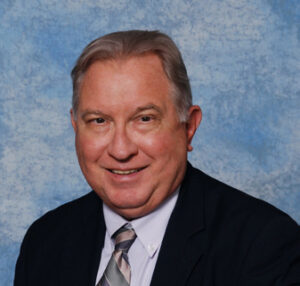