Reducing and reusing waste material are important conservation issues for both the water and the food industries. Bryan Eagle cofounded Glanris to develop a new technology that employs discarded rice hulls to create a filter material that can remove metals and organic material from water systems, all without any plastic or artificial components and with the added benefit of sequestering carbon after its use. In this interview, Mr. Eagle tells Municipal Water Leader how the Glanris technology works, its advantages over other filter materials, and the crucial role it can play in addressing climate change.

Bryan Eagle: I grew up in McLean, Virginia. I went to the University of Virginia for my undergraduate degree and to Columbia University for my MBA. For most of my career, I have been a serial entrepreneur in the telecom space. My family bought a home in McLean when it was still fairly rural in the 1960s. We had a well and a septic tank. When you grow up in an environment without a municipal water supply, you really do have a different relationship with water. Our water came out of the ground, and we realized what a precious thing it was when it didn’t work.

I moved to Memphis in the late 1980s to help buy a satellite-based telecom company. After selling the company that I was involved with, I started a nonprofit incubator to help early-stage companies get started and grow. That incubator has been in operation for 20 years. We also helped created a $5 million nonprofit evergreen venture fund to help local entrepreneurs.

I got involved with Glanris when an inventor approached me about a technology he had discovered for producing water filtration media. I was interested in water and all things water related, and this technology is at the confluence of a number of planetary macro trends. First, we’re running out of freshwater. We will either need to start reusing the water that we’re using for potable and nonpotable uses or we’ll have to desalinate a lot more water to make it available to our increasing population. McKinsey & Company came out with a study recently that states that by 2030, demand will exceed supply by 40 percent. We’re going to need a lot more cheap, effective, and sustainable water filtration technologies and more water filtration media, like what we’re producing.

Glanris ties into another macro trend because of what our product is made from. Our material is a hybrid water filtration

We make our media from rice hulls because it’s the number 1 ag waste product in the world. Two hundred eighteen billion pounds of hulls are generated every year in the process of making rice. That amounts to 30 billion cubic feet. In most of the world, those hulls are burned. That burning is a major source of air pollution. Anybody who has ever been to New Delhi or Mumbai in the fall has seen what happens when the rice hulls are burned in the fields. Your eyes water because there’s so much smoke.

Municipal Water Leader: How do you process the hulls to make your media?

Bryan Eagle: We pyrolyze the hulls, creating active carbon. We freeze the carbon in its elemental form so that once the hulls are used for filtration and go to a landfill or are used for soil augmentation, the carbon is sequestered for the next 10,000 years. Carbon sequestration is the most effective tool we have today for addressing climate change.

We make our media by taking rice hulls and cooking them at a high temperature but in the absence of oxygen. That’s what pyrolyzing is. When you burn something, the carbon elements join with oxygen to form carbon dioxide, carbon monoxide, and other substances. When we pyrolyze the hulls, we cook off everything but carbon and silica. What is left resembles granular activated carbon. We have a patented process that allows us to add an ion-exchange capability to that silica structure, which also gives us the ability to remove dissolved metals.

To dive into a little bit of chemistry, there are two things going on. There’s the attraction of the organics through adsorption, which functions a bit like static electricity pulling things to your clothes. Ion exchange is a kind of bonding that functions a bit like magnets pulling together. Oppositely charged bonds get attached to the media; that’s how you pull dissolved metals out of the solution. Those two things happen simultaneously on the surface of our media.

Municipal Water Leader: What do you do with the media at that point? Do you have to put it into a filter?

Bryan Eagle: We just make the media. We then sell it to people who put it into filters or into what are known as exchange tanks, which are the big filtration tanks that you see in industrial applications.

Municipal Water Leader: How much pollutant can the media remove from water?

Bryan Eagle: We are initially focusing on the industrial market. Potential clients include any company that uses water to make its product, such as food and beverage companies, and any company that uses water somewhere in its manufacturing process and needs to clean it after it has been used so that it can be reused or discharged. No certifications are required to sell into that market. Our product can be 5–20 percent more effective than the mixed bed process of activated carbon and ion-exchange resins. We also have faster kinetics, so we can do it in one-third of the time at about one-tenth the cost. Our product is better, faster, and cheaper.

The residential market is a huge, expanding market. Everybody’s concerned about lead in their water. In Washington, DC, and Memphis, Tennessee, there are still lead feeder lines. Today, the interior of those are covered with a coating that doesn’t leach lead, but if you change the chemistry or pH of the water, which is what they did in Flint, Michigan, all of a sudden that protective layer goes away. That makes it a very attractive market for us.

A National Safety Foundation (NSF) certification is required in order to get into any residential market, including home, consumer, and municipal water drinking water applications. We’ve gotten through the first half of the NSF 61 process and we’ve gotten our compliance letter, which means that we don’t leach anything toxic into the water and that we do in fact pull the metals out that we claim. To get full NSF certification and to be able to put a logo reflecting that on our products, we need to do an audit of our manufacturing processes to make sure that we are manufacturing the media safely and can repeatedly manufacture it going forward.

We have a 60,000‑square-foot manufacturing facility, and we’ve just gotten our manufacturing line up and running. Over the next 3–4 months, we’ll be doing that audit. Once we complete our NSF certification, we’re going to be aggressively going after whole-home and pitcher-based systems. About 60 percent of a filter like a Brita filter consists of ion-exchange resin beads. They are efficient and do a great job of pulling metals out of the water, but they aren’t very green. They end up in water, and fish eat them. We can replace that filter media with something that is completely green and doesn’t require harsh chemicals to produce. Once our media has been used and is sent to the landfill, it sequesters carbon, helping to address climate change. We think residential customers will love that, because they’re looking for green, sustainable applications.

Finally, there is the municipal market. The water industry has traditionally been slow to innovate, although that has started to change in the last couple of years. The situation in Flint, Michigan, has made us look more carefully at everything we put into any municipal system, because the consequences of changing inputs can be severe. We’re slow to innovate in the municipal sector, because when something goes wrong, people can get sick and potentially die. Obviously, we want to take the time to do things properly. Typically, municipal customers want to see any new technology operating at scale, in situ, for 3–5 years before they adopt it. For us as a new company, a 3- to 5‑year sales cycle is a long time. We want to address that, because we think we have tools that can help save municipalities a lot of money and be greener, but we also recognize that they’re hesitant about adopting some of these technologies. We are looking for municipalities that may be interested in our technology, particularly as the new Biden administration starts to address infrastructure-related issues. The need for green products to address water filtration needs should be a higher priority than it has been historically.

The overseas market is a completely different world. We’ve already been invited to participate in several innovation projects with water utilities in England, France, India, the Netherlands, and Scotland. We’re doing tests with a number of other overseas government and municipal entities; they’re way ahead of U.S. entities in terms of wanting to be greener and looking at alternative technologies like ours that are part of the circular economy. We have pilots up and running right now in India, including with a municipal water supplier. That work is done through a distributor there. As COVID‑19 restrictions start to lift and people feel freer moving around the world, we’re going to get back on track with conversations about international manufacturing.

Rice is grown everywhere, including in Africa, Asia, Europe, and North America. We ought to have a facility in every location where rice is grown and where there are major mills, processing hulls so that they don’t get burned and turning them into products that can help filter water. Everywhere that rice is grown, people have water filtration needs. In some of those places, the water is really bad, so it’s a win-win-win.

Municipal Water Leader: What is the company’s vision for the future?

Bryan Eagle: We are an important part of the greening of industrial products. Historically, when somebody shows up with a green product, it’s 10 times as expensive as the alternative. Some people will use it anyway because they want to make a difference, but it’s never going to be universally adopted until it has similar efficacy, it’s cheaper, and it’s everywhere. We have a lot of advantages over the other products on the market today. We’re less expensive than ion-exchange resin beads and about as expensive as activated carbon, but activated carbon doesn’t remove dissolved metals. On a combined basis and on a total-cost-of-filtration basis, we’re less expensive. Our product is green, and when it goes to the landfill, it sequesters carbon.

Providing greener products for the future without requiring people to change their behavior is key. We have to start to address climate change in ways that don’t require people to make major life changes. Think of the electric car. When the electric car could only get 15 or 20 miles, it wasn’t as interesting. Now you can go 300 miles on a single charge. That makes it a more reasonable alternative. These technological advancements mean that you don’t have to drastically change your behavior in order to address climate change. I see us fitting into that trend going forward.

Bryan Eagle is the CEO of Glanris. He can be reached at bryan@glanris.com. 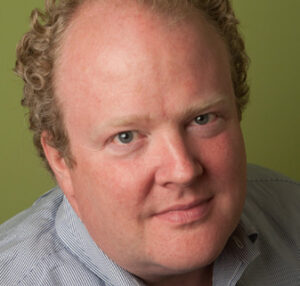