s an arid state with a rapidly growing population, Texas is in need of alternative water supplies. Since 1988, Bill Norris has been part of the solution. First with his company NRS and now with his current company, NorrisLeal, Mr. Norris has been a pioneer in promoting brackish desalination as a cost-effective alternative water source for Texas’s municipal suppliers. Today, NorrisLeal is a leader in desalination in Texas.

In this interview with Municipal Water Leader Managing Editor Joshua Dill, Mr. Norris discusses how he got into the desalination field 30 years ago and the advances that have brought NorrisLeal to where it is today. 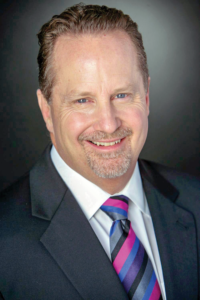 Joshua Dill:Would you tell us about your background and how you came to be in your current position?

Bill Norris: I graduated from Texas A&M with a degree in civil engineering; my first job was with the City of Dallas’s water utilities in 1977; I worked there for about 6 years. In 1981, I got my professional license. In 1983, I took a job with an East Texas consulting firm called Kindle, Stone, and Associates. I moved from Dallas to Longview, and a year later moved to Harlingen, Texas, to run the office the firm was opening in South Texas along the border. From that point, I became a minor partner with the company. In 1988, two of the partners, Rice and Stone, and I bought Kindle, Stone’s Arlington and Texarkana offices and called it NRS, or Norris, Rice, and Stone.

We did our first desalination project in 1988. That project involved desalinating 2 million gallons of wastewater effluent a day and delivering it to Fruit of the Loom, which was bringing 3,000 jobs to South Texas. We provided water to its bleaching and dyeing operation; the plant then returned its wastewater back to us, and we treated and discharged it. It won the National League of Cities’ Award for Innovation and put us on the map for desalination. We’ve completed several desalination projects in South Texas. The one we designed for the Southmost Regional Water Authority in Brownsville is the largest water-producing project in Texas, treating 10 million gallons a day. Even though the desalination plants in El Paso and San Antonio are larger in size, Southmost treats more water on an annual basis, so I consider it the highest-producing brackish desalination plant in Texas.

In 2008, NRS was acquired by Abengoa, a Spanish company. After 4 years, Abengoa gave the company back. We had basically the same leadership as we did when we were purchased, but we had to change the name to NorrisLeal. We couldn’t use the name NRS because Abengoa had basically dissolved it, having purchased the name, and it wasnt interested in doing what we were doing. For the last 6 years, we’ve been NorrisLeal. One of my current partners, JesÚs Leal, was also one of my partners at the end of my time at NRS.

Bill Norris: We’re not a large company, with about 25 people, but we’ve done some large projects. I have two other partners, JesÚs Leal and David Pettry. We’ve grown into more than a design engineering company. We actually do design, construction, and operations. We have three offices: one in Austin, one in Harlingen, and a project office in El Paso where we constructed and now operate a concentrate-reuse facility. We are also working on a brackish desalination plants in Cinco Ranch, which is in the Houston area, and in Alice, Texas.

We’ve grown and made a name for ourselves in desalination, and we’ve strived to make desalination affordable. We got into construction and operations because we can produce a project more cost effectively than is possible with the conventional design-bid-build method. We prefer to do design-build; it allows us to be in control of the project and costs as well.

Joshua Dill: How do you make desalination more affordable? Are you mainly referring to construction costs, or are there other factors like reducing energy use?

Bill Norris: Our construction methods, in terms of technology, are pretty standard, although we use higher-efficiency membranes and energy recovery within the plant. The way we save money is that we know what it takes to put a plant together, so we don’t hire a general contractor with a higher markup. If we don’t construct it ourselves, we bid multiple contracts on behalf of the municipal owner and then manage those contracts, controlling the project time and costs.

Joshua Dill: How do you find your projects? Is it through public bids?

Bill Norris: Most of the time, we work with the Water Development Board and other agencies in the State Water Plan. A lot of these entities are looking for alternative water sources, particularly during times of drought. Right now, Texas’s reservoirs are full, but it doesn’t take more than 2–3 years of drought to deplete the state’s stored surface water. We are blessed to have clients contact us because of our reputation and the relationships we have made over the last 30 years.

For some of our clients, brackish desalination is cheaper than what they’re currently doing; other times, regulatory requirements force them to change their existing water supplies. To give you an example, the City of Alice buys its raw water from Corpus Christi at $1.03 per 1,000 gallons. It loses approximately 50 percent of that in seepage and evaporation, so in effect 1,000 gallons cost $2.06. Then it has to treat it, which costs even more. If the city builds a brackish desalination plant, we estimate that its costs would be about $2.25 per 1,000 gallons turnkey—debt, service and operations. The city could save anywhere from 50 to 75 cents per 1,000 gallons. In that particular case, it’s cheaper for the city to build a new project than to stick with the status quo. 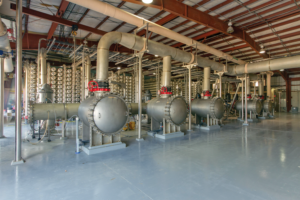 The municipality of Cinco Ranch, outside of Houston, is required to stop drawing water from the upper aquifer because of subsidence. By building a desalination plant, we can help Cinco Ranch draw from an even deeper source of brackish water with a clay confining layer, which lies at a depth of about 3,000 feet. Drawing from this water source is not expected to affect subsidence. The municipality can take that water without paying the pumping fees charged by the groundwater district, whereas it may cost the municipality around $4.00 per 1,000 gallons to pump from the upper aquifer, even though that water doesn’t need to be treated. The municipality may save $2 million a year just by building this facility, which will be able to treat 2 million gallons a day.

Joshua Dill: When you first got involved in desalination in 1988, was it already a common practice, or were you pioneers?

Bill Norris: We were pioneers. No one was doing this in Texas on a major scale. I like to say that we got into desalination before desalination was cool. Being the first entrants into a niche market can be difficult, though. At times of abundant rainfall, people don’t necessarily seek out brackish desalination or alternative water supplies. Then you become an average engineering firm that just does streets, drainage, and conventional water plants.

Joshua Dill: How did you come to realize in the late 1980s that desalination was a viable path?

Bill Norris: Sometime in the early to mid-1980s, I read an article about a brackish desalination project in Florida. At the same time, I reflected that in South Texas the Rio Grande was overallocated and that eventually an alternate supply would be needed. I took a couple of officials from the City of Brownsville to look at some of the brackish desalination plants in Florida, but no immediate action resulted.

Sometime after that, in 1995, Texas was going through a mild drought. The Brownsville Public Utilities Board, the major owner of Southmost Regional Water Authority, asked us to seek out some research grant funds from the Texas Water Development Board to do a pilot study to see if brackish desalination would be feasible in South Texas. The study showed it to be viable. Then it rained again, so desalination went back on the back burner, but it was known to be viable if needed.

About 5 years later, Texas went through another, more serious drought. It was almost an emergency. In 2000, we were authorized to investigate a large-well-field brackish system. In 2004, we started up what was at the time the largest brackish desalination plant in Texas for Southmost Regional Water Authority in Brownsville. We had planted a seed 10 years before we did anything.

We teamed up with an expert in the field and came up with a way to construct desalination plants that was much more cost effective than what others in Texas were doing. The cost of our water supplies ran from about $1.50 to $2.20 per 1,000 gallons, depending on what was in the source water. A lot of the facilities in Texas today produce water at $3 or more per 1,000 gallons.

Joshua Dill: How has desalination technology changed in the 30 years that you’ve been in the business?

Bill Norris: The membranes used in reverse osmosis have become more efficient for their size; they don’t clog as easily. We’ve learned a lot about pretreating the water before sending it through the membranes, which makes them last longer. We have also made advances in energy recovery, where we boost pressure on the second stage of the reverse osmosis system instead of wasting the energy. When we were designing the Southmost Regional brackish groundwater plant in 2003, the price of the recovery equipment was not cost effective, but during construction, the price dropped by half, so we added a change order to add the devices. This decreased the horsepower requirements. That’s made brackish desalination more cost effective over the past 10 years.

Joshua Dill: Please tell us about the full recovery plant you constructed in El Paso.

and then uses it to create different products, including hydrochloric acid, caustic soda, magnesium hydroxide, and gypsum. Clean water is also produced and sent back to the city. There’s no waste product, hence the term full-recovery desalination. We were contracted to operate it as well. It’s in commissioning mode right now.

Bill Norris: Inland, it is. The disposal of brine or concentrate on the coast is easier: There, it can be discharged into a drainage ditch or a tributary that ultimately goes out into the ocean. Inland, discharging it into a freshwater body that people drink downstream is not ideal. It is not hazardous per se, but it adds more salt to that water. In inland locations like El Paso, they either have to inject the brine into a deep well or evaporate it. Evaporation is a bit easier in the desert, but it does add a substantial cost.

Bill Norris: I think that people who know about desalination support it. People who are unsure of what it is tend to be a bit more skeptical. Education is key. In my presentations to our legislators, I find that even people who are in the know don’t have all the relevant information.

There is also a lot of variation in the brine or concentrate that is created during the desalination process. We often use the term brine, but brine is classified as very-high-salt-content water like what is produced in an oilfield. Technically, brine has 100,000 parts per million of total dissolved solids (commonly referred to simply as salt). What a brackish or seawater desalination plant produces does not reach that level. The concentrate produced by a brackish plant probably has only 12,000 parts per million. That makes it less costly to dispose of.

Joshua Dill: Please tell us about your vision for NorrisLeal.

Bill Norris: We are interested in being a turnkey supplier-contractor-engineer. Our plan is to continue to make desalination more affordable. The more we control the cost, the better off we are with implementing projects. We have educated various clients on alternative delivery. We think that as we grow, we will develop into a major contributor of affordable desalination, not only in Texas but in the country at large.