When Boulder, Colorado, needed to relocate and rehabilitate a section of its sewer system, A&W Coatings applied its environmentally safe epoxy to rehabilitate existing structures and prevent corrosion in new ones. Municipal Water Leader spoke with Project Engineer Hunter Sansone about how A&W was able to work in a way that caused minimal disturbance—to the city, its bikers, and its other protected residents: black-tailed prairie dogs.

Hunter Sansone: I have been with A&W Coatings as a project engineer for 3 years, traveling from Texas to Massachusetts and finally to the Denver, Colorado, area to work with A&W’s western group. My role encompasses managing projects from inception to completion. Additionally, I am a NACE level 2-certified coatings inspector.

Municipal Water Leader: What types of projects do you generally work on?

Hunter Sansone: We work on all kinds of coatings projects in a variety of markets, including water, wastewater, food and beverage, and power. Most of our work involves coating wastewater structures—manholes, large-diameter pipe, secondary clarifiers, aeration basins, gravity thickeners, and so on. We also coat drinking water structures—typically clear wells, pump stations, and other assets of that nature.

Hunter Sansone: The Goose Creek interceptor project was awarded to Garney Construction, our parent company, in mid-2020. It was a two-part project: a sewer relocation and the rehabilitation of an existing sewer line. A&W’s scope included 16 new 60‑inch-diameter manholes that were installed and coated along the relocated section. On the rehabilitated section, Garney used an ultraviolet cured-in-place pipe lining system to rehabilitate the other section of the Goose Creek interceptor. We then coated the existing manholes with a thicker system of epoxy to completely rehabilitate them. A&W’s rehabilitation scope consisted of 14 existing 48‑inch-diameter manholes.

The project had a complicated bypass, which introduced some complications, specifically related to sequencing. One of the benefits of the linkage between the Garney and A&W teams is that the communication was seamless. We did a lot of bouncing around on this project, jumping from one manhole to the next across the project site so that we could close strategic portions of bypass to minimize the effects on the community and reduce costs.

Municipal Water Leader: What kind of preparatory work did you do before you started coating?

Hunter Sansone: We started by inspecting each manhole. Several of the existing manholes were leaking, so we had to resolve some inflow and infiltration with hydrophobic injection grout provided by Warren Environmental. The rehabilitated manholes underwent a water-blasting procedure to remove any loose substrate and return them to solid, clean concrete. A diluted bleach rinse followed this to kill any residual bacteria and bring the pH in the concrete up to or above neutral. After that, we sprayed each manhole with 250 mils (¼ inch) of Warren’s 301‑14 epoxy. The new manholes had yet to be installed when we originally walked the project. After they were installed and passed vacuum testing, we sandblasted each manhole to attain an International Concrete Repair Institute surface profile of 4–5, quickly rinsed them to remove contaminants, and then coated them with 125 mils (1/8 inch) of the same Warren 301‑14 epoxy.

Municipal Water Leader: How was Warren Environmental’s 301‑14 epoxy selected, and how does it compare to other epoxies you might use?

Hunter Sansone: 301‑14 is Warren’s flagship epoxy for wastewater environments. A&W Coatings is Warren Environmental’s master applicator and the training group for its approved applicator network. 301‑14 is unique because it can be sprayed at many different viscosities. This gives it a lot more versatility than some competing products. Since this project involved both new and existing manholes, which had different coating thickness requirements, we used two different viscosities to maintain our single-coat approach.

Municipal Water Leader: Please describe the work process for the Goose Creek project, particularly as it related to limiting disruptions to traffic or to public use of facilities.

Hunter Sansone: Garney handled the bypass routing, responding to the City of Boulder’s requests to minimize effects on bike paths, overpasses, and other recreational areas. There was minimal disruption by design, but that did not eliminate all interaction with the public. A portion of the work occurred on a bike path, with the manholes as close as 8–10 feet to the path itself. We never closed the path for our work. One of the benefits of a spray-in-place liner such as Warren’s epoxy coating system is that our footprint is small—we just need a truck and a trailer—so we’re able to get into tight spaces and work quickly with minimal effects on the public.

Also, an interesting feature of 100‑percent-solids epoxies, and specifically the Warren 301 series products we work with, is that the inhalation hazard to bystanders is eliminated. Some competing products, such as polyureas and polyurethanes, can have a strong odor and release harmful, and even deadly, inhalants. Thus, the ability for everyday life to continue around work sites where those products are used is limited in comparison to the case with an epoxy product, especially a 100‑percent-solids product that contains no solvents, styrenes, isocyanates, and so on.

Municipal Water Leader: How did you limit this project’s effects on wildlife?

Hunter Sansone: The black-tailed prairie dog resides in the city of Boulder and across Colorado, and the species is protected in certain municipalities, including Boulder. You’re not allowed to disturb prairie dog nests, and if you do disturb them or are working at a site where they might be disturbed, you must relocate them. We were working very close to their burrows, sometimes within 20–25 feet. Garney set up a small fence perimeter with the intention of keeping the prairie dogs from crossing into the construction site and us from crossing into their territory. In addition to minimizing disturbances to the public, another advantage of using a product without any odors or harmful solvents is that there was no risk of releasing anything into the air that would disturb the prairie dogs.

Municipal Water Leader: How long do your coatings need to cure after you apply them?

Hunter Sansone: The cure time and the return-to-service time are usually 4–6 hours, depending on the time of year. Most of this project was completed from December to February. For the rehabilitation of the manholes, we used a flow-through bypass procedure, which involves an inflatable plug with a hose running through it. We were able to turn those manholes over at a rate of two to three per day.

Municipal Water Leader: Do you have any advice for other municipalities that might be considering a similar project?

Hunter Sansone: One message we’re always trying to convey is to read the warranty that you’re getting. If the warranty claims process for a typical coating applicator and a coating manufacturer turns into, “He didn’t apply it right,” or “It’s the product’s fault,” the process just becomes a finger-pointing mess. We like to tout the benefits of the fact that A&W and Warren are strongly connected. Where we really shine is in our ability to address anything that might come up in the future without the headache of the blame game. I’m happy to say that we don’t often have to do warranty work, though, and we recently completed an 18‑year inspection on a manhole in Georgia whose condition was pretty similar to how it looked the day the coating was applied. I’m proud of results like that.

Hunter Sansone is a project engineer at A&W Coatings. He can be contacted at hsansone@awmain.com. 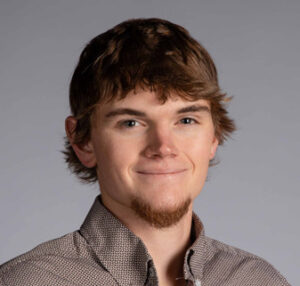