The Australian Trade and Investment Commission, or Austrade, is the Australian federal agency tasked with promoting trade and investment between Australia and the rest of the world. In this interview, Chris Knepler, an investment commissioner at Austrade’s Chicago office, speaks with Municipal Water Leader Editor-in-Chief Kris Polly about how U.S. water companies can do business down under.

Kris Polly: Please tell us about your background and how you came to be in your current position.

Chris Knepler: I grew up in Milwaukee and studied business at the University of Wisconsin–Madison, then moved to Washington, DC, and worked for an organization called Cambridge Associates, which helped nonprofits invest their endowment funds. I got a master’s of business administration (MBA) at the University of California, Berkeley, studying the management of technology. Then I joined a U.S. State Department–funded program called the MBA Enterprise Corps, which was similar to the Peace Corps. This was the early 1990s, and they were looking at how to teach business skills to Eastern Europeans after the Berlin Wall came down. In 1994, I went to Hungary and worked with a telecom company there as it tried to understand how to do business with the West. That started my telecommunications-focused career. I worked in corporate telecoms in Eastern Europe, Western Europe, and in Indonesia with Motorola.

At some point along the way, I realized that a lot of my telecom work dealt with the intersection of both government and business. After a couple years during the dot-com era working in New York with startups, I went to work with the Australian government, helping it craft its strategies for helping Australian technology companies succeed overseas. That was around the time of the United States–Australia Free Trade Agreement of the early 2000s. I’ve been working with the Australian government for more than 15 years now, first in New York, then in Australia, then in Brazil, and now in the Chicago mission.

Austrade, or the Australian Trade and Investment Commission, is the Australian federal government’s trade and investments promotion agency. It helps facilitate business between Australia and the rest of the world. We help Australian companies find opportunities for their business in offshore markets. We work with companies that are looking to source technology from Australia and find suppliers. We also work with offshore companies that are looking for business opportunities in Australia, for example, to export their products to Australia, but hopefully to eventually invest in Australia in the shape of an operational facility, a manufacturing facility, or a research center, thereby creating jobs. We have offices located around the world in over 80 different cities and countries. Austrade’s Americas region includes offices in Chicago; Boston; Houston; New York; San Francisco; Toronto; Vancouver; and Washington, DC. We also have offices all throughout Latin America. Each office focuses on different industries, based on location, and some have more of a trade promotion angle while others work more on the foreign direct investment– attraction side.

We have five primary government priorities: resources and energy, agribusiness and food processing, services and technology, international health, and tourism. Those are the main areas in which we’re looking to source investments into Australia.

Kris Polly: How can Austrade help U.S. companies in the water sector do business in Australia?

Chris Knepler: It depends on what the U.S. company is looking to do. At the initial stage, our website, austrade.gov.au, has a wealth of information about the Australian economy, trends, and opportunities. The information on the website includes a number of industry reports and what we call the Benchmark Report, which is our premier guide to all aspects of the Australian economy. It’s a good source for gaining an understanding of the market. There is also some information there about cultural differences in doing business in Australia. Consulting that information would be a good first step for U.S. exporters who want to see if Australia is a good market for them.

Our offices can also provide information to businesspeople who are interested in visiting Australia regarding where they should go and when they should do so, depending on what they are trying to sell. For instance, we could draw up a list of trade shows that would be relevant for the water, irrigation, agriculture, or resources and energy sectors.

We also work hand in hand with the U.S. Commercial Service, our equivalent here in the United States, which works to help U.S. companies export abroad. They have specialists on the ground in Australia that can work one on one with a company as it looks for distributors or importers for its product. As a company gets more comfortable and familiar with exporting to Australia with a distributor or representative, it may want to take the next step of establishing a sales office, manufacturing facility, or warehousing facility in Australia. We can help the company understand how to establish itself in Australia, how to find partners and service providers who might work on the legal matrix, and how to find partners for any necessary tests and trials in the marketplace. We can also help companies gather information on the policies and regulations that govern the water marketplace and water rights management in Australia.

Kris Polly: What would be the first step for someone who might be interested in doing business in the the water sector in Australia?

Chris Knepler: Step 1 would be to visit austrade.gov.au to get a better understanding of our services and how we assist companies. We’ve got the background information about Australian capability and market opportunities. If the opportunity seems compelling, step 2 would be to call us to discuss the issue in more depth. We can provide some secondary information that is not on the website, including market reports and information about the key players and key trade events. We may suggest reaching out to the U.S. Commercial Service for purely export assistance. Step 3 would be thinking about a visit to the marketplace.

Kris Polly: Do U.S. companies have any common misconceptions about what doing business in the Australian marketplace will be like?

Chris Knepler: In general, I think one of the biggest surprises for Americans is that Australia is a massive country. It’s the size of the United States. However, the population is only 25 million compared to 325 million here in the United States. While Australia is a small market, it is a wealthy and well-connected one. Second, specific companies are very willing to test and trial technologies. U.S. companies may be pleasantly surprised at this attitude.

Companies also need to understand the differences between the United States and Australia when it comes to water rights, water availability, pricing, regulations, and policy. There is a learning curve. Certainly, when Australian companies come to the U.S. marketplace and learn how we’re draining our aquifers and how we’re not pricing water, they get a big shock. I think U.S. companies would be equally shocked at how sophisticated or ahead of the curve Australia is. That has implications for their technology, their market entry, and their marketing.

Kris Polly: What other differences in business between the United States and Australia can you can point to?

Chris Knepler: The sales model is a little different. I think Australians coming to the United States are not quite used to Americans’ natural ability to put themselves out there and be aggressive salespeople. As such, it’s important for Americans going down to Australia not to necessarily lead with the typical American hard sell, but to develop relationships first and let the technology speak for itself before trying to make a sale. Americans think they know Australians because they speak the same language, but there are always cultural trip-ups when you assume you understand the culture of another country. 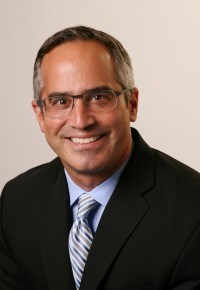 Kris Polly: Are there any examples of companies that have successfully made the crossover that might be of interest to our readers in the irrigation or water industries?

Chris Knepler: Rubicon is an example of a successful Australian company operating in the United States. As for U.S. companies in Australia, there are many, including Xylem, Valmont, and Lindsay.

Kris Polly: Is there anything you would like to add?

Chris Knepler: Since Australia is located in the Asia- Pacific region, companies that are looking to establish themselves in the Asia-Pacific marketplace may find it easier to do so initially via Australia. Australia has the same language, a similar culture, and similar intellectual property protections to the United States, so it is a good base. Additionally, if you establish a business or entity in Australia, you can take advantage of Australia’s free trade agreements with numerous Asia-Pacific countries, such as Korea and China, as well as research and development tax incentives.

Chris Knepler is an investment commissioner at Austrade. For more information about Austrade, visit austrade.gov.au.